Some of you loyal readers will have noticed that there are subtle changes in the appearance and content on this site. Over the next few months, these alterations will continue, as we think it is time for something different. Performance content will be more complete, the news section will be updated more frequently and even the look of the site will be changed. Hopefully, no service will be disrupted during this period and you will continue to visit often.

Each season, there are a number of world premieres to be presented. Most of the time the works are either short or take up no more than 25 minutes.

Not so during the Thanksgiving holiday. David del Tredici has always been one of my most favored composers. I have given Final Alice on several occasions since its creation in 1976. It was my pleasure to commission the Pulitzer Prize-winning In Memory of a Summer Day. Other pieces have also been on my conductorial radar but never anything quite like Dum Dee Tweedle.

The history of this composition is complex. It started life as a commission from the New York Philharmonic. When it was clear that David had once again exceeded the length asked for, he created a second piece for the Phil. That allowed him to expand the original conception and basically write a full one-act opera.

Portions of it had trial runs with piano accompaniment. I knew about the work, but it was not until three years ago that I realized David had not orchestrated it, and certainly it had never been performed. We picked it up for Detroit, and so after almost 20 years, the piece received its first performance.

How does one describe it? Outlandish, surreal, crazy? All of the above and more. With four solo singers, narrator and chorus, it is the most ambitious “Alice” piece yet, and at 80 minutes, the longest. We painstakingly prepared the work, and by the time we came to the performances, we knew we had something special on our hands.

Broadway-bound Alexandra Silber was fabulous in her narrator role, turning the rotund twins into Scottish siblings. Hila Plitmann, as usual, memorized her part, and all the other singers did more than yeoman service to the piece. Our chorus came from Wayne State University and met the challenges of the demanding vocal writing, including rhythmic snorting.

Perhaps it was best summed up by the Detroit Free Press critic Mark Stryker, who wrote that one has to “surrender” oneself to this caloric musical feast.

Also on the program was the early D Major Violin Concerto by Mozart. Not only had I never conducted the work, but the DSO had never played it either. Our soloist was the concertmaster, Yoonshin Song. As with her performance of the Brahms Concerto last season, she displayed incredible poise and musicality, more along the lines of a great soloist rather than the first chair of an orchestra. The orchestra applauded her warmly after her performance, and two days later, she was granted tenure with the DSO.

We did not exactly take it easy the next week. In our ongoing set of Copland ballet recordings, it was the turn of Hear Ye! Hear Ye! This stage work from 1934 is a true rarity. There have not been many performances, either staged or in concert. At 35 minutes, it is not a minor piece at all. The musical style combines a bit of angularity with jazz-tinged rhythms.

The plot centers on a courtroom trial, where we hear the judge’s gavel, three gunshots representing the eyewitness accounts of what happened, and even a parody of The Star Spangled Banner. Even though there are passages clearly meant to support the stage action, I do not understand why virtually all of us have ignored this piece. What makes sense is to extract a suite from the whole. I might do this soon.

Mason Bates returned for a performance of his Concerto for Violin and Orchestra. Anne Akiko Meyers made her DSO debut, and the audience greeted the new piece with quite a nice ovation. Brahms’ Fourth Symphony concluded the proceedings. Perhaps the comment of one musician sums up the impact of this masterpiece: “It reminds us of why we became musicians.”

As with many works from the standard canon, I am focusing more on the structure of the piece these days. More than one commentator noted that I did not linger on the opening “sigh.” My reasoning is simple. There is nothing that has taken place, therefore no need to reflect on anything. By playing this passage simply, one has the opportunity to expand later on, giving it more expression. My mother used to say that performing a phrase with rubato works only once. If you do it a second or third time it becomes tiring and boring, predictable. The orchestra was truly in its element, even though there was a limited amount of rehearsal time. And in what was a remarkable feat, we performed this full program twice in one day! 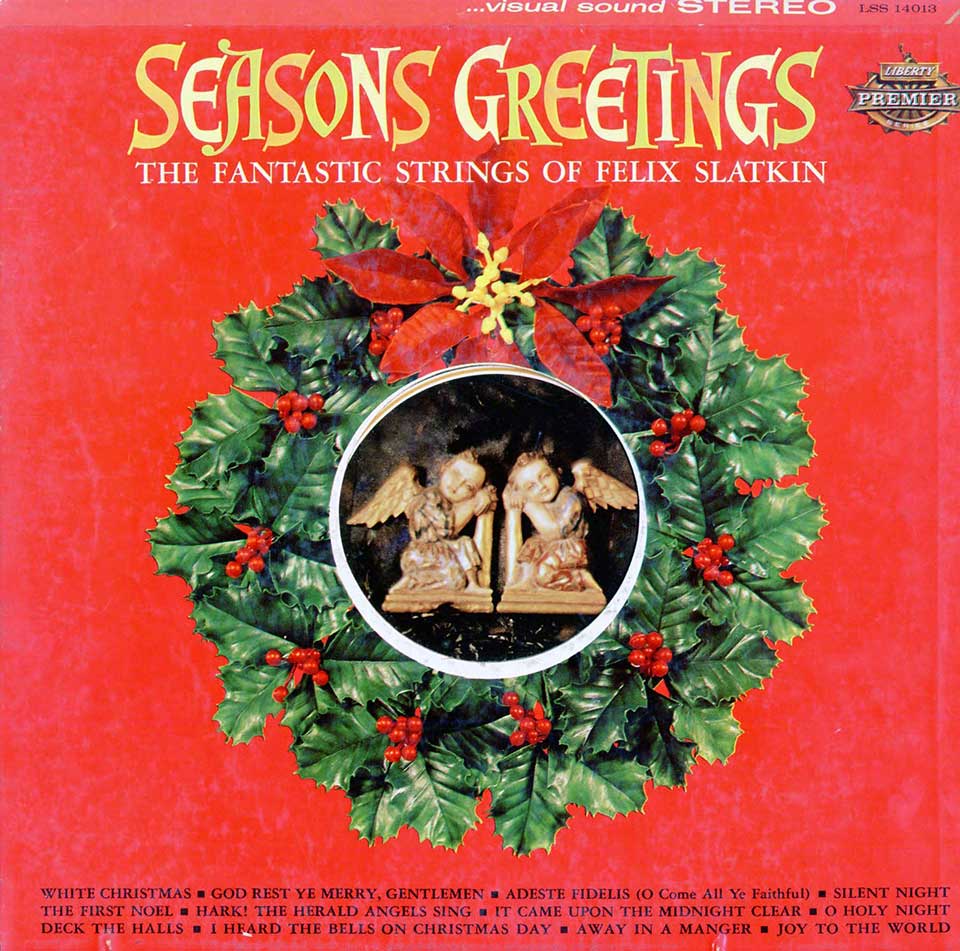 With the holiday season in full swing, I wanted to once again share with all of you an album made by my father in the early ’60s. It is called Season’s Greetings and consists of 12 familiar songs arranged for double string orchestra. This collection has long been a favorite of record collectors but very rarely appears commercially now.

Joy To The World

It Came Upon The Midnight Clear

I Heard The Bells On Christmas Day

Away In A Manger

Cindy and I wish all of you the very best as the year comes to a close.

See you next year,