When we last left off, the Detroit Symphony strike had entered its third month. Now the winter solstice was approaching. This year, it coincides with a lunar eclipse.

“It’s a ritual of transformation from darkness into light,” says Nicole Cooper, a high priestess at Toronto’s Wiccan Church of Canada. “It’s the idea that when things seem really bleak, it is often our biggest opportunity for personal transformation.”

Do not even ask how I came across this, but let me assure you, I have not entered a coven yet. However, it did remind me that we were supposed to open the season with the Symphonie Fantastique and its depiction of the witch’s Sabbath. Nonetheless, the solstice could be a harbinger of good news. There certainly were indications that movement was taking place.

In a development somewhat unexpected by anyone, including me, I decided to have a conversation with two members of the orchestra. Having said that I needed to stay out of all this, it dawned on me that in order to be effective when the work stoppage ends, I must know both sides of the argument. It was not a good idea for me to meet with the actual members of the negotiating committee, as I cannot bargain anyway.

The meeting was most informative. Learning about the impact of this stoppage from the players did help me put some things into perspective. Now it was easier for me to express thoughts to members of the board, whom I continued to speak with, in hopes of helping both sides out.

The governor and one senator got involved. A group of concerned citizens banded together to seek a resolution. There were still major differences between the two sides but at least some form of dialogue was occurring. As I prepared for a month long European trip, I could only look skyward and hope that the wiccans were right.

Obviously there is not much to report on the music making front, as I did not have the opportunity to conduct in December. But for about 45 minutes, joyful noises emanated from the Music Box, one of three performance venues at the Max Fisher Music Center.

Originally, I was to have led a set of holiday concerts with the DSO. It would have been my first appearance in front of our Pops audience. For the occasion, we were expanding a project that started two years ago. This was when I started writing arrangements for young pianists. These were designed for amateur performers, both soloists and other instrumentalists and consisted of 22 holiday songs. We held a competition for pianists from many areas of the State. The winners got to play with the educational arm of the Symphony, the Civic Orchestra.

This year, because I was conducting the DSO for the holiday presentations, we decided to let the kids play with the big boys. You can imagine the disappointment when we had to cancel these performances. In order to give the young pianists a showcase for all their hard work, a string quartet was brought in and the five winners played with the ensemble for an audience of parents and supporters. Each of them did a terrific job and I completely enjoyed being amongst the crowd of listeners.

There is a person who seems to have a year-long site devoted to Christmas recordings. The download is free. This was one of my father’s most successful albums. It was recorded in Baden-Baden, Germany. The strings are divided into two antiphonal groups, a la the Tallis Fantasia. There are a few additional instruments, mostly keyboards and percussion. The arrangements are all by Felix Slatkin. The Pope declared it the official holiday album of 1962, when it was released by Liberty Records.

Why I love this is that for years I have said that no one should profit off the hard work of others. Most webbies charge for downloads, and that is not kosher in my book. Whoever put this out offers it out of love and not money. Kudos all around. Everyone enjoy!

The Fantastic String Of Felix Slatkin

Earlier in the month, I was awarded an Honorary Doctorate of Fine Arts by Michigan State University. The school is at the State Capitol in Lansing. There was a reception the day before the actual ceremony, and I had the chance to meet the other recipients. One of them was the basketball star, Earvin “Magic” Johnson, who also delivered the commencement address. He is exactly as one wants to believe. 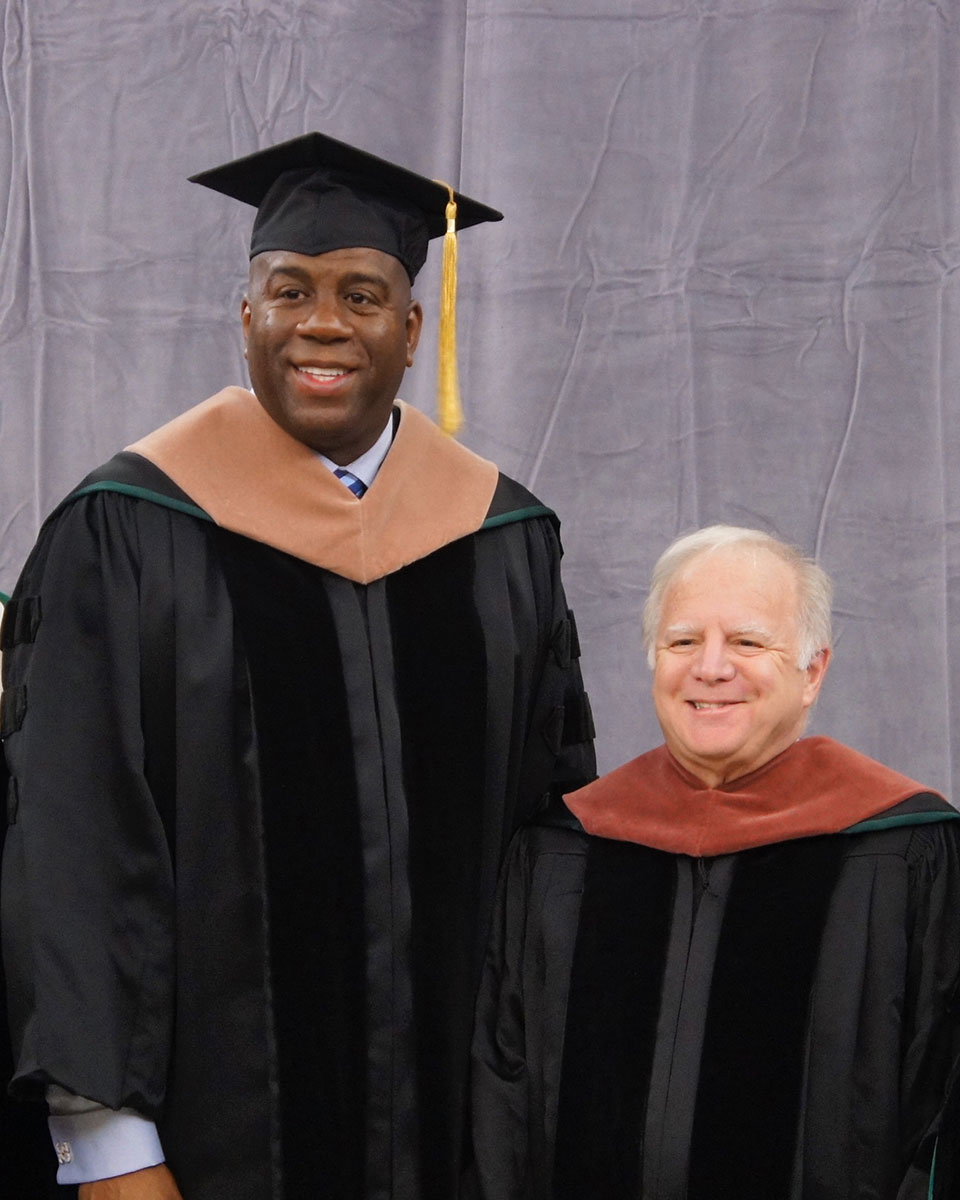 Two days later, there was a service for Deb Fleitz, my assistant, which was lovely. Some musicians from the DSO played and tributes came in from many people. I appreciated the thoughts expressed by so many who knew this wonderful woman. At the memorial, I said, “Deb was the best boss I ever had.” Wherever she is, you can be certain that she is making sure everyone is where he or she should be. A true loss for all of us.

Not about airports or planes this time, but a different mode of transportation, or rather how you turn it on and off.

The keyless ignition system that is prevalent on most automobiles is a wonderful device. You can’t poke your eye out with it and in some, it is possible to start the car and heat it up before you get in the vehicle.

But there are heavy prices to pay.

First of all, after opening and starting the auto, there is no place to put that little black thingy down. If there is no passenger, then one sets it on the empty seat, which may also be black, so you can’t see it. You don’t need it to turn the engine off so the natural instinct is to get out of the car before you pick up the keyless key. When you realize you can’t lock it, you get back in and then can’t find it.

Second, if you valet park anywhere, you must give the attendant the—(is there a name for this)—. Last month, on such an occasion, an attendant forgot to hand it to me and the engine was running. The poor man had to chase after me while I was driving away, as I blissfully and ignorantly drove off. He pounded on the trunk two blocks from the starting point. I thought there was something rattling around in there and continued on for another 500 feet or so before realizing what was happening.

Third. If the engine noise is minimal, and you don’t hear it, it is possible to leave the car running indefinitely. This has happened to me a couple times. I have gotten out, inadvertently left the machine on, locked the door and left it for an hour. When I returned, the car was happily idling. What if I had not locked it?

Finally, and most serious, it is possible to turn the car off while driving. Some models have the on-off switch near the radio. If you reach to change the station from the passenger side, one can accidentally hit the button and shut the car off while it is in motion. The kids can have a ball with this but it is truly dangerous, especially in the above-mentioned quiet vehicles.

New technology requires new thinking as regards safety. But we may have found a new track star with that attendant who kept up with the car for three blocks.

This posting is a bit earlier than most. I am headed off to France for three weeks, with concerts in Lyon. This will be the first time I work with my new orchestra since the announcement. We will play a New Year’s concert, featuring music of Gershwin and Bernstein. Then it is a subscription program and a couple of performances in Lucerne.

I did want to wish all of you a most happy holiday and the best for 2011. Of course, my hope that we are back on stage in Detroit. Wherever you are, please keep music an integral part of your life, whether performing, creating or listening.