The better part of three weeks has been spent in France, two of them getting to know my new orchestra and city.

But first, it was a little holiday. I must have been coming to this country for 40 years now, but there is very little that I have had time to enjoy simply as a tourist. Sure, I had been on the Bateaux Mouche and went up the Eiffel Tower, but rarely when I had some free time.

So it was off to the Louvre, Musée D’Orsay, the Pompidou Center as well as visiting other guardians of culture.

But there was also a visit to Moulin Rouge. Edith Piaf was nowhere to be found and most of the numbers are lip-synced these days. Most people do not go to the show for the songs. None the less, it is a fun evening. 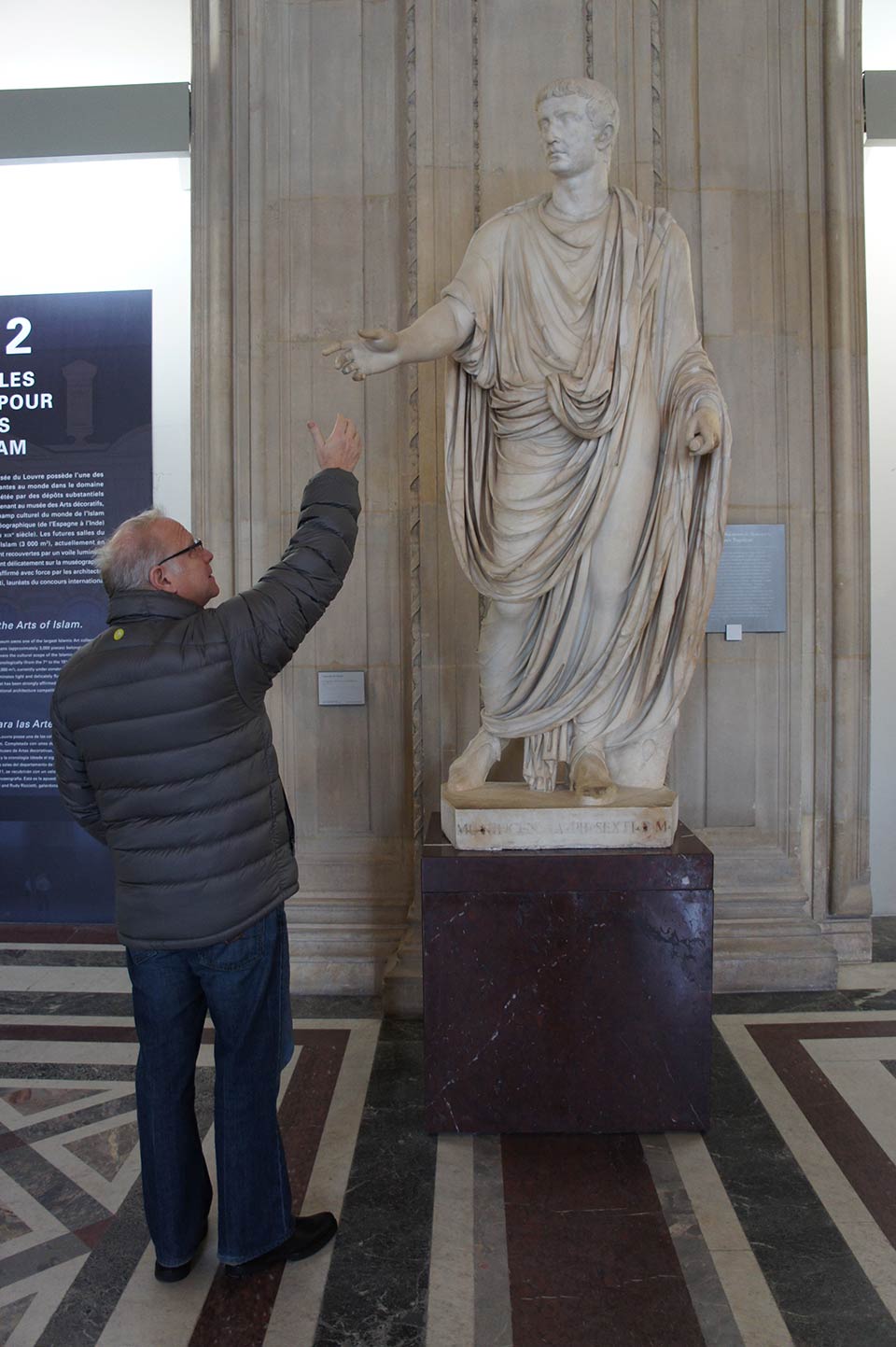 A new example of a Wal-Mart greeter 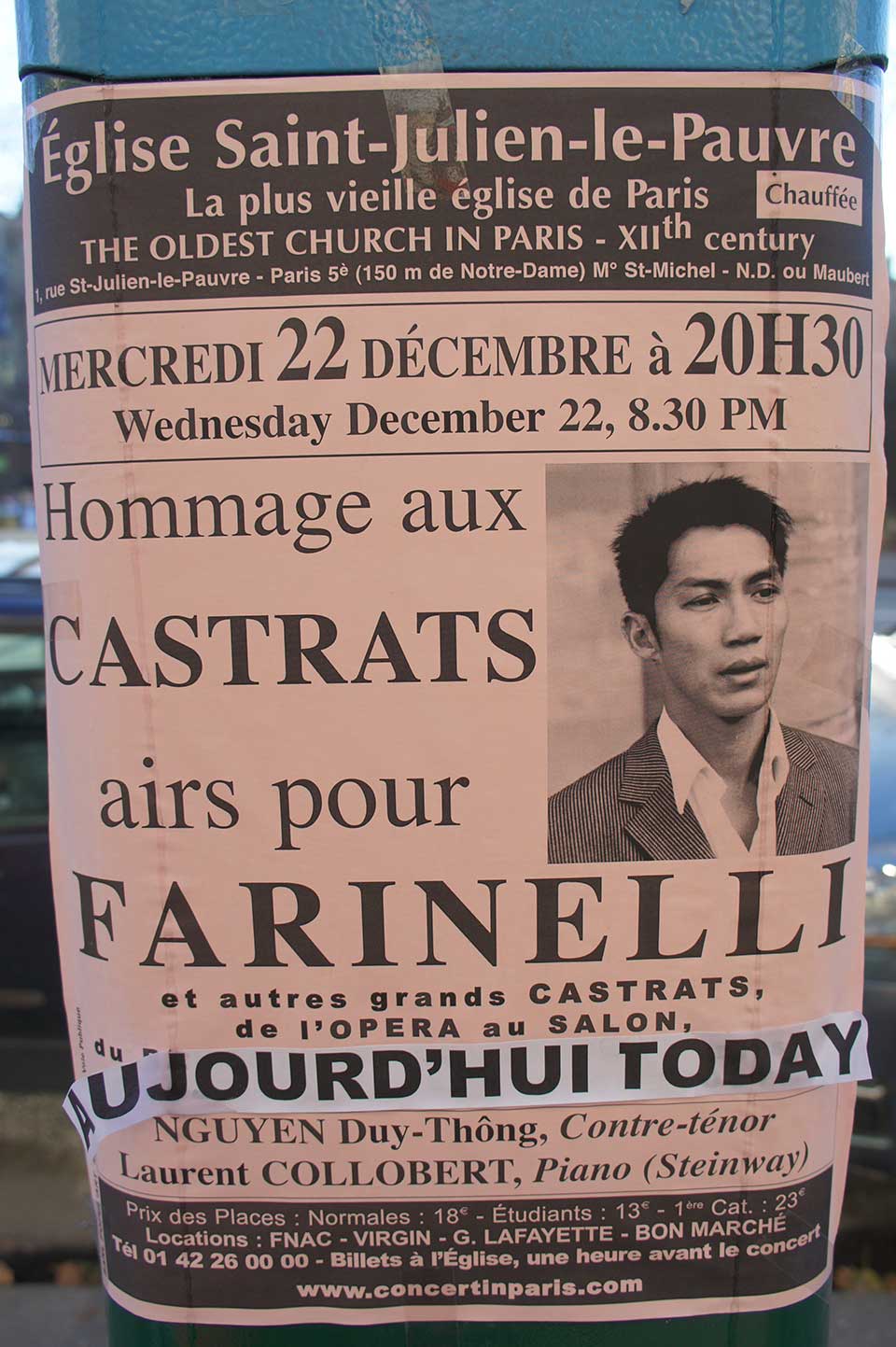 I do not want to know any more about this.

Christmas Eve was spent at Sacre Coeur. The organ was broken but the service went on anyway. After a while it became too difficult to listen to, as the instrument wheezed and seemed to go more and more out of tune.

The next day, we tried again, this time at Notre Dame. Much better results and not only did the organist show off, the choir and soloists were splendid.

One of the delights at this time of the year is to stroll down the Champs-Elyesees. All the trees have been adorned with lights to imitate snowflakes falling to the ground. There is a huge Ferris wheel at one end and the general air in the city is festive.

There was work to be done a couple hours train ride to the south. Although it is nine months before I officially become music director of the Orchestre National de Lyon (ONL), I was about to lead two weeks of programs with them. These were the first such concerts since the announcement of my appointment so there was special significance attached.

The first assignment was a program for the New Year. Music of Gershwin and Bernstein were on the menu. Although I have done much of this repertoire with other European Orchestras, this was the first time that music from Broadway would come up as a full program. A somewhat unusual selection of songs, featuring the sensational Kim Kriswell, would dominate both halves of the concert. Kim had come to Lyon a few times earlier in the season to coach young singers in the songs. These were students from the Conservatoire and they had no previous encounter with the music of the Great White Way.

It was decided to stage this evening as a kind of Cabaret entertainment, so there were tables set for all the singers, enough room to roam about and some very clever moves to make it appear casual. It took a bit of time to get everyone to really understand the difference between swing time and straight time, but once they all got it, they really got it.

American in Paris and the Symphonic Dances from West Side Story were the main orchestral offerings. The solo trumpet nailed his bits, with just the right air of Fred Astaire creeping in. With a bit of encouraging, the saxes figured out the “Billy May Gliss” that I always ask for but rarely get. During the “Mambo,” I turned to the audience and had them shout out the word.

With three sold out houses—the hall seats almost 2,500 people—we could not have asked for a better start to the new relationship. Some dear friends were on hand as well, so we brought the New Year in with all the bells and whistles. 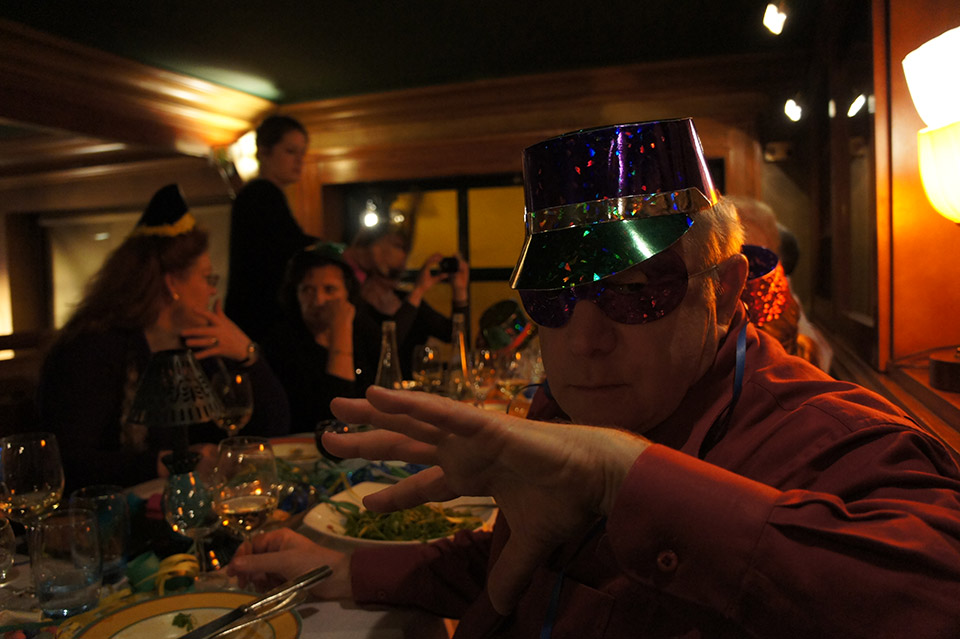 There was no rest for the weary. The day after the final performance of this demanding program, we began rehearsals for the next subscription concerts. This was much more traditional, with music by Berlioz, Tchaikovsky and Brahms. It would be an even better way for me to judge the orchestra and for them to do the same with their new boss to be.

Fortunately, all the rehearsals are held in the Salle Maurice Ravel, which is part of the ONL complex. The acoustics are far from ideal. The cavernous space makes it difficult to properly hear on stage. There is very little bass response and it is very easy for the brass to dominate. So why would I write that this was fortunate?

It is because one can make the proper adjustments during rehearsals, without having to change anything. So often with European orchestras, the venue where you rehearse is different than the one in which you will play the concert. A dress rehearsal is all you get so it makes almost no sense to try and balance anything in the days preceding.

I spent a lot of time working on the sonority of the orchestra. It has always been my opinion that every fine ensemble must have a sound that identifies the group as unique. That is gradually eroding, as the pool of international talent brings a more global view to the orchestral milieu. A “French” sound usually incorporates a lighter sonority to the double reeds, as well as the brass. Retaining this flavor is crucial to the ONL. It is an identifying characteristic. However, they play with amazing virtuosity as well. The opening measures of the “Cosaire” Overture attested to that.

By the time we got to the performances, everything had been put in order. We were all thinking and playing on the same page. I was having a great time! If you had asked me even 5 years ago whether or not I would take a position with a French Orchestra I would have said, “Probably not.” There have been horror stories from several of my colleagues and I have experienced a few difficulties as well.

But the ONL showed none of the problems I feared. Many commented that the First Brahms Symphony positively glowed. This is an outstanding orchestra, one that is committed to growing into a first class international band. They just needed to find the right conductor who fit well with their personality.

Our soloist was Hilary Hahn, playing the Tchaikovsky Concerto. She brought her usual impeccable technique and intonation to the table. In addition, she showed her playful side, as each night we would see who could outdo one another in the Finale. The young girl I worked with about 15 years ago has matured into one of the masters. These concerts with her were truly a pleasure.

Interestingly, we traveled to Lucerne with the same program. This hall is almost the polar opposite of its counterpart in Lyon. Much more intimate and quite live, it gave me a real opportunity to take my new orchestra out for a spin on a different road. We had a half hour sound check and this was most helpful. The strings bloomed, the wind soloists were able to take more time with certain phrases and the brass were resonant but never blaring. We played the program twice in one day but you would never have known it. By the end of the second performance everyone sounded just as fresh and energized as the earlier show.

I hung around to say goodbye to the orchestra. I hope the nine-month interim will pass quickly as I felt a very close bond with the membership. This will not just be my “other” orchestra. It is already feeling like my second home.

I am posting this earlier than usual, to wish all of you a Happy New Year. As of this writing, nothing much has changed in Detroit. We are at a critical juncture, with almost four months lost. There is not much I can do until I return. I am cautiously optimistic that meetings I attended with a couple of citizen’s groups will yield positive results. And I have also been in touch with a few members of the orchestra, trying to assure them that artistic quality is the number one issue for me as well.

With fingers crossed, I hope that the next time I write will contain news of our return to Orchestra Hall.