The next sentence is one I have very rarely written: I conducted one piece for the entire month of August.

After chronicling the process of putting together Samuel Barber’s opera, Vanessa, there were just four more performances to present. During the winter season, when I have done an opera, usually I found time to fit in a guest conducting engagement during the extended breaks between performances. Even my earlier appearance in Santa Fe saw me dart up to Aspen and over to the Hollywood Bowl.

This time around it was intentionally different. For starters, I wanted to use as much time as possible working on my second book. Indeed, there is only one chapter left to write. It was also important to take time off just to refresh after a very long season. The only trips I took were to see relatives out west.

Meanwhile, back in New Mexico, we made the strongest case possible for more frequent performances of the opera. Unanimous praise was heaped on the production, cast, and orchestra. Nothing made me feel better than when I learned other opera impresarios wanted to take the whole thing—cast and conductor included—and bring it to their houses. By the time we ended the final performance, we all knew that something special had occurred.

During the down times, I had the opportunity to visit my brother. He goes out to Las Vegas a few times a year, not so much for the gambling, but he really loves the city. One can see why. The number of outstanding restaurants boggles the mind. There is an over-the-top glitz that makes Disneyland look like a reality show. Fred’s daughter, Maddie, was along as well, and she is turning into a fine young woman with a sense of purpose.

We went to see Jay Leno do a stand-up show. For an hour and a half, he had the audience in stitches. Here is a real professional, with no pauses or hemming and hawing. The one-liners were great and the storytelling remarkable. No wonder he still loves to go on the road to do these performances.

There was one moment for me that was surreal. I have to say this in the nicest way possible, but since it will probably never occur again, it is worth sharing. Prior to the show, I needed to use the men’s room. I was standing at the urinal, minding my own business, when a man dressed as an Elvis impersonator entered the stall next to me. It is impossible to describe how I felt at that moment, dearly hoping that when he exited, he would turn to me and say, with the requisite accent and drawl, “Thank you very much.”

The next evening, Fred and I went to see Puppet Up. This is a show designed by the children of Muppet creators Jim Henson and Frank Oz. There is a host and six puppeteers, each one skilled at not only manipulating the creatures but also fine improvisational comedy. What makes it truly interesting is that there is a single camera in the middle of the stage, with large screens behind the performers. They play toward the camera, and the audience not only sees what it would look like on television, but they also are able to watch the manipulations of the puppets. The performers take suggestions from the audience as to the scenario of any given scene, and for the most part, they work well as an ensemble. A curiosity, certainly, but worth the visit.

It has only been during the past few years that my brother and I have connected on a more regular basis, and he will come to St. Louis and Pittsburgh this fall to perform in Kinah, the piece I wrote last year in memory of our parents. We had a great time in Vegas, and I even won $400, thereby assuring a balanced budget for the United States.

After that, I flew up to Eatonville, Washington. This is where Cindy was born and grew up. Her parents and sister still live in the area, and it is always nice to spend some time with them. Fortunately, they do not drag out family albums, as I already know what Cindy looks like. This part of the country is primarily concerned with logging, but there are some lovely national parks in the area, and from her parents’ house, there is a nice view of Mt. Rainier. That is probably as close as I will get to it—my mountain-climbing skills are lacking because we did not have mountains in downtown Los Angeles. 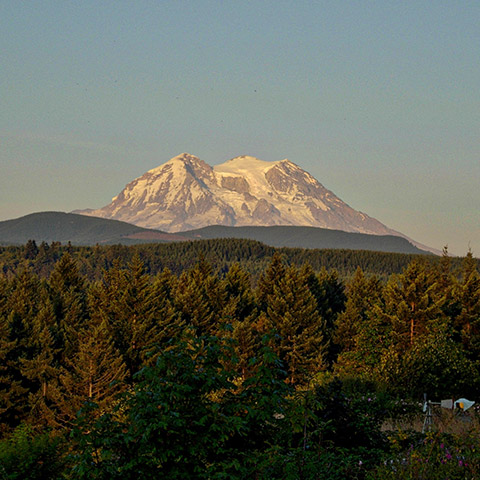 Prior to the final performance, we visited some friends who have a home in Rancho Santa Fe. This is near San Diego and has nothing to do with the place where the opera was taking place. Daniel and his girlfriend Bridget came to visit as well. It was a good opportunity to catch up with my son. 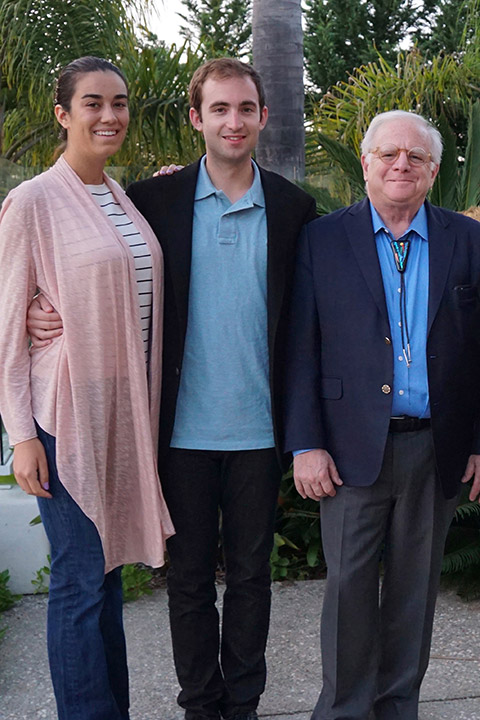 Having moved away from his initial studies focusing on the music industry, he has picked up composition techniques for film and television productions very quickly. In eight months his creativity and skills have come to the fore in ways that I would never have expected. It is not an easy profession, but clearly he has the chops for it and is excited to be entering the field. What I saw of his work is already as good as most of what is heard in theaters.

Although I went to a number of films during off times, very little this summer has been of value. Florence Foster Jenkins was another great vehicle for Meryl Streep, and the film is touching, but somehow I felt that a bit more background was needed to really understand her place in society.

During August, I became a political junkie, and not for the right reasons. Turning on the television upon entering our house in Santa Fe was like entering the Twilight Zone. You never knew who was going to say what or how it would be parsed. I started thinking about some friends who have just become citizens of the United States and wondered if they thought that all our elections are this crazy. It was also necessary to keep a bottle of Advil handy in order to stave off headaches from listening to the various panelists yell at each other.

Now we are back in Detroit. I have about two more weeks of vacation, and then it is the start of a very busy time—literally no break until mid-December. But there are wonderful programs ahead, some new projects that I will tell you about next month, and the never-ending battle of the bulge. Turns out that there is very little in the way of low-fat Mexican food in Santa Fe. Who knew?