I could get used to this non-conducting thing. That might be good news for some out there. It was truly a break from an exhausting regimen from the past season. A couple people asked me if I was retiring. Not yet, all you hopeful baton twirlers.

The second part of the respite was filled with travel and some adventure. Neither Cindy nor I had ever been on a cruise ship. To rectify this, we went to Alaska, the only state I had never been to in the U.S. Completing the cycle was not the intention, but seeing this part of the world was.

We Californians love the ocean, and to be on it for ten days seemed ideal. As we got close to the pier of departure, I had visions of the old TV show, “The Love Boat,” and running into Gopher, Isaac or Captain Stubing. They were not there, and fortunately the theme music wasn’t either.

Our ship was not one of those behemoths that dot the harbors in Miami. At about 700 passengers and 400 staff, it seemed positively miniscule by today’s standards. Our stateroom was right in the middle of the ship with a lovely view out the port side.

The first order of business was the evacuation drill. With most of us humming the Celine Dion song, we donned our life vests and were told where to go and how to get into the smaller boats. They did not say “women and children first.” We also did not find out how fast they could lower the boat in case a whale decided to ram into us.

There were several restaurants, including the ubiquitous buffet, but as far as we could tell, there was no captain’s table. Entertainment was offered, but for the most part, we did not partake. We also did not play shuffleboard or sit around on deck chairs. No one brought a dog on board, so there was no chance to see if Fred Astaire would be dancing on this trip

For the most part, it was out to sea at night and a stop at different ports in the morning. We had decided quite a while ago that this was a trip about wild life for us. Not ours, but the natural inhabitants of the ocean and land that we would visit. Sure enough, there were bears, whales, otters, bald eagles and other creatures large and small. And glaciers that took ones breath away.

We stopped in Ketchikan, Wrangell, Juneau, Skagway, Sitka and Victoria B.C. Each had its own charm but mostly we strayed away from the cities to visit the animals.

Here are a few photos from Cindy to give you an idea of what we saw. 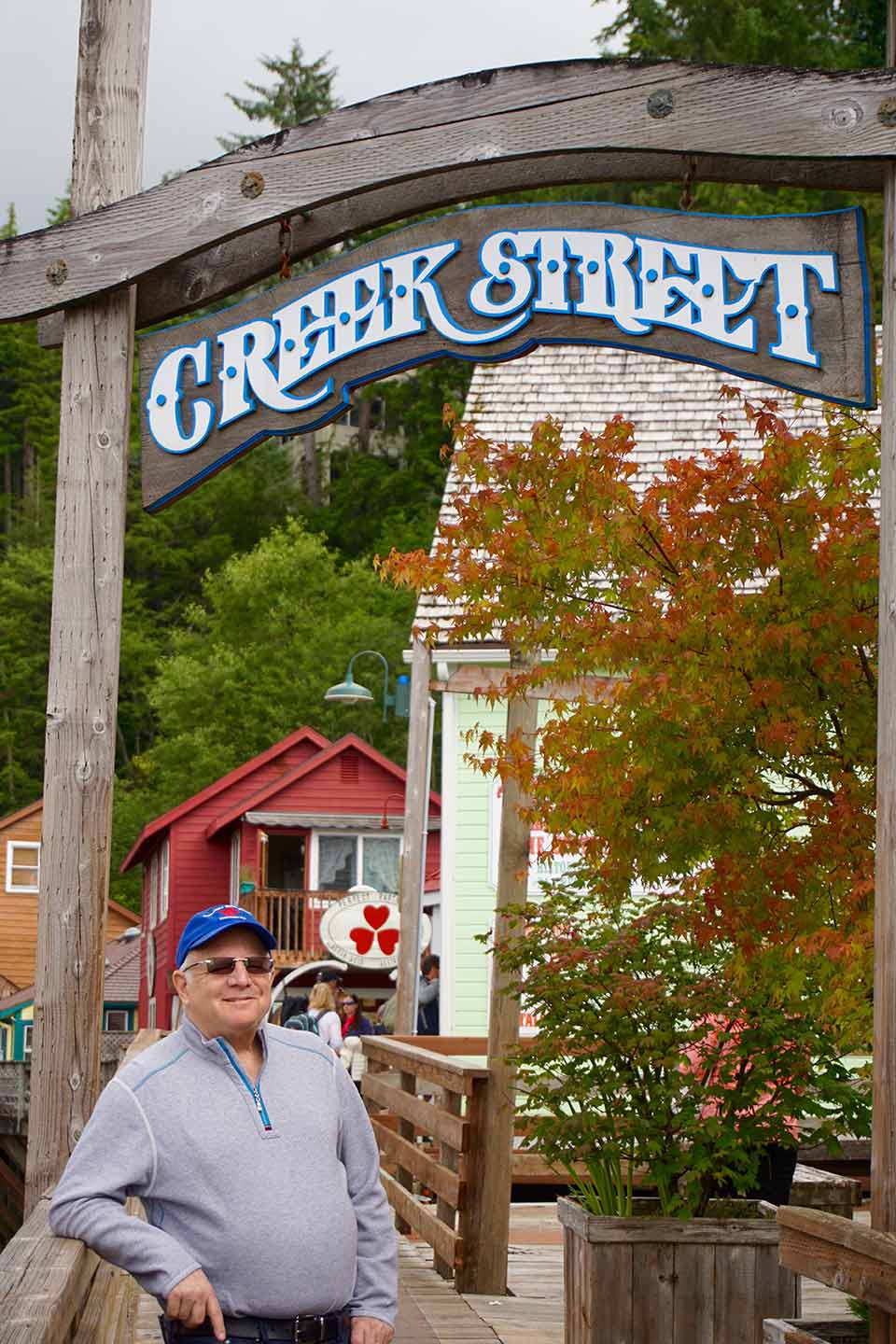 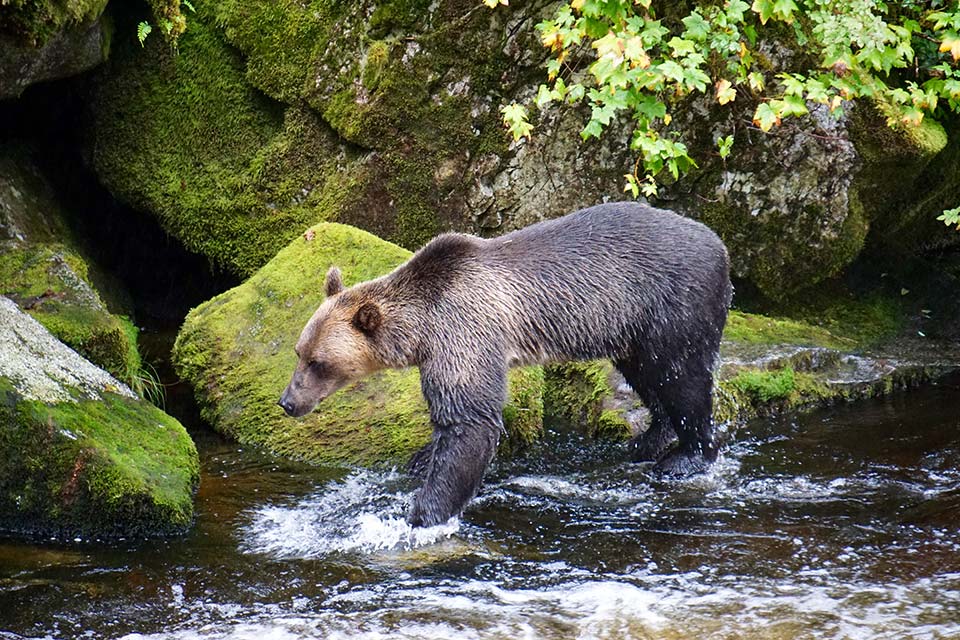 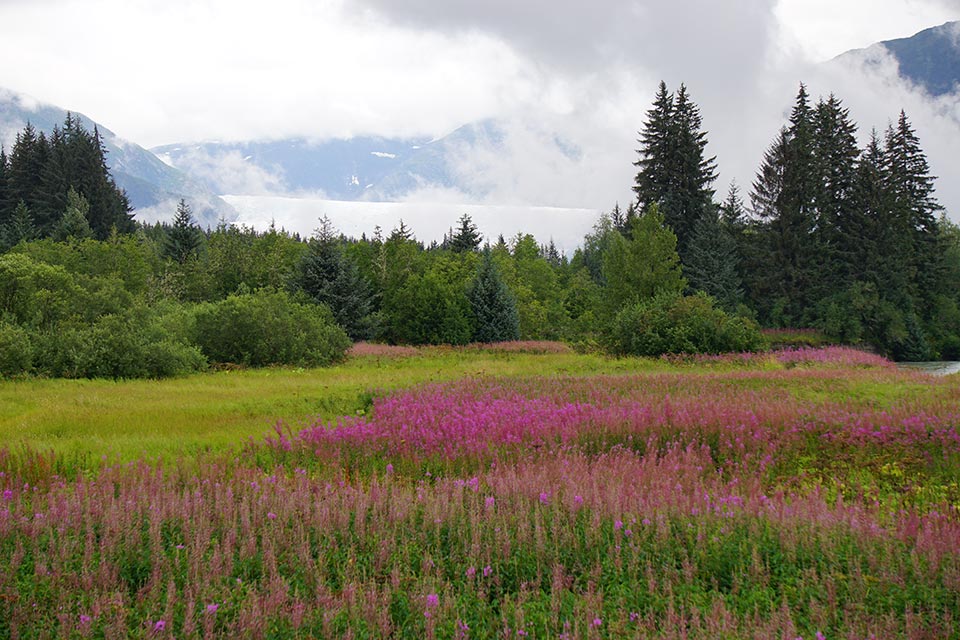 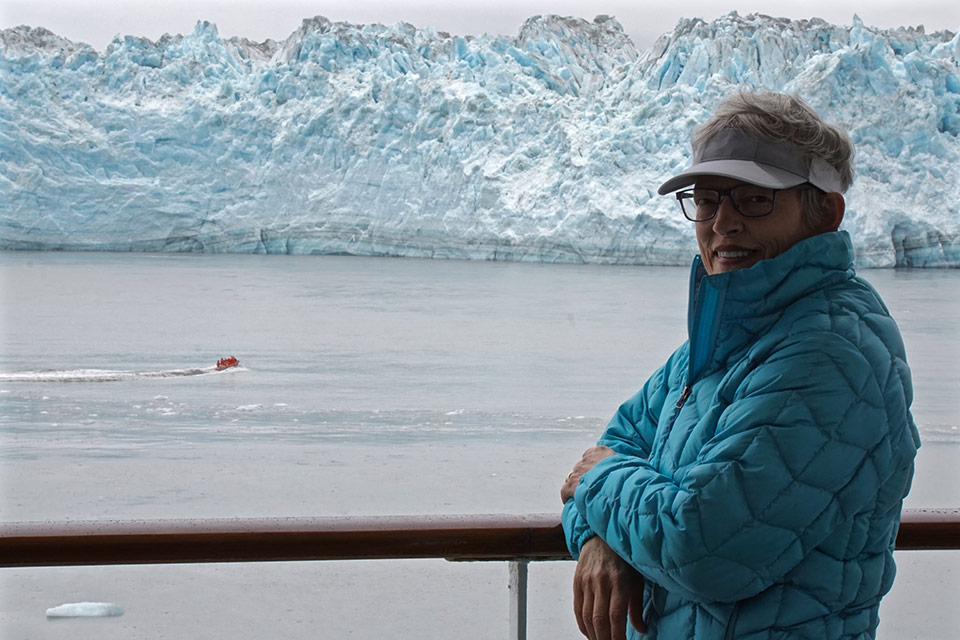 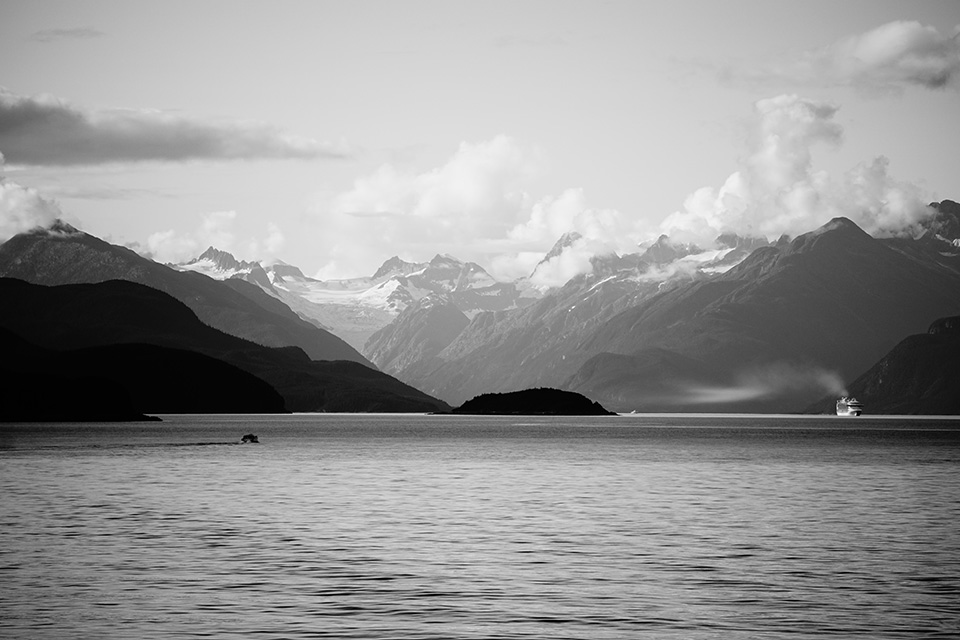 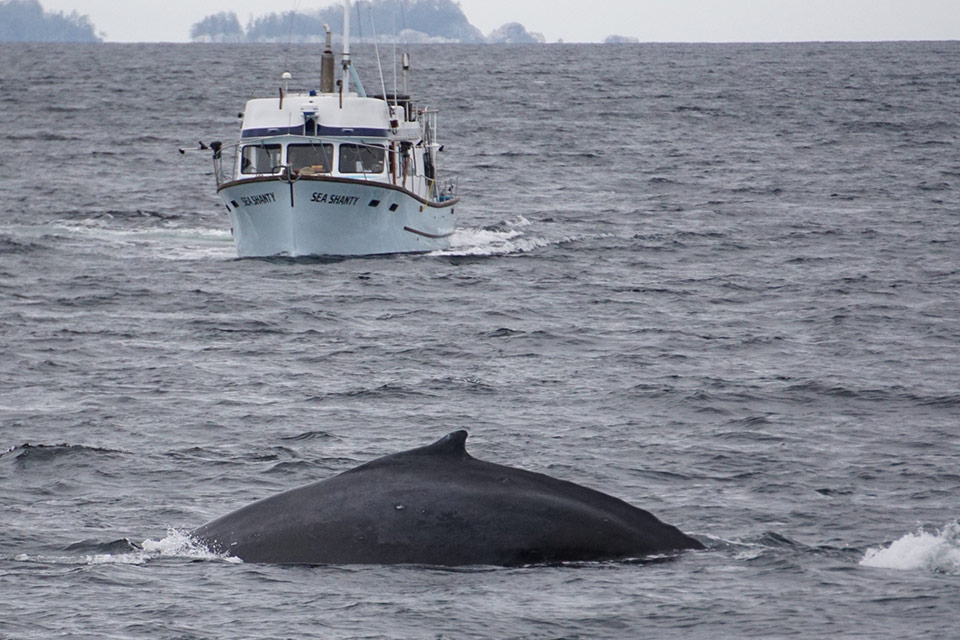 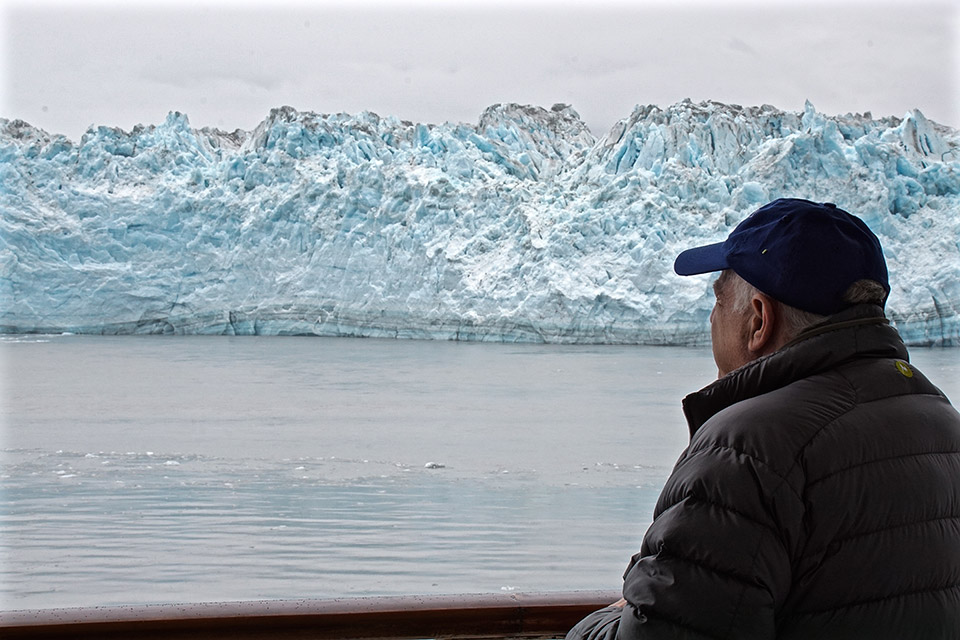 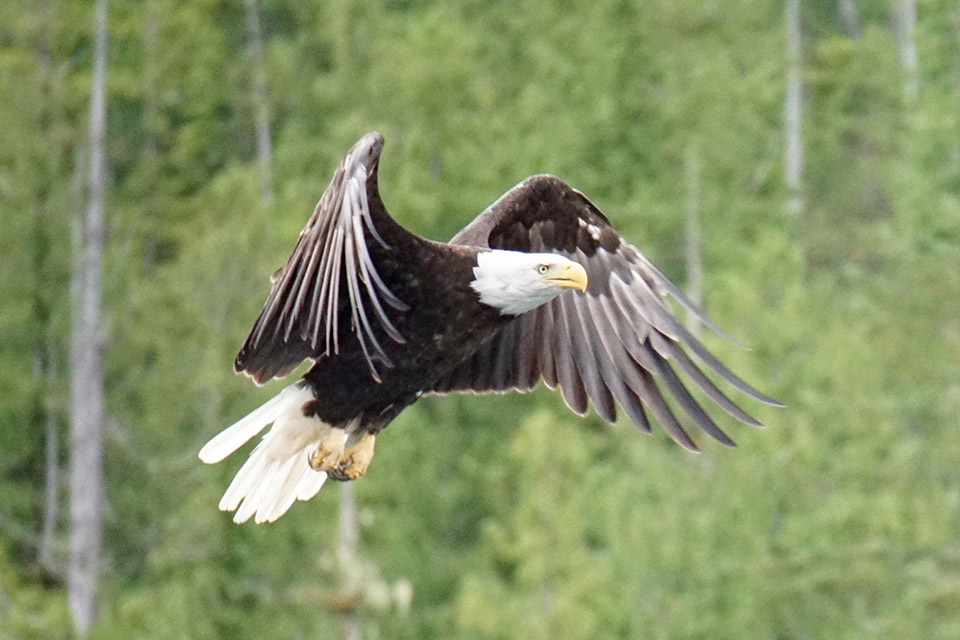 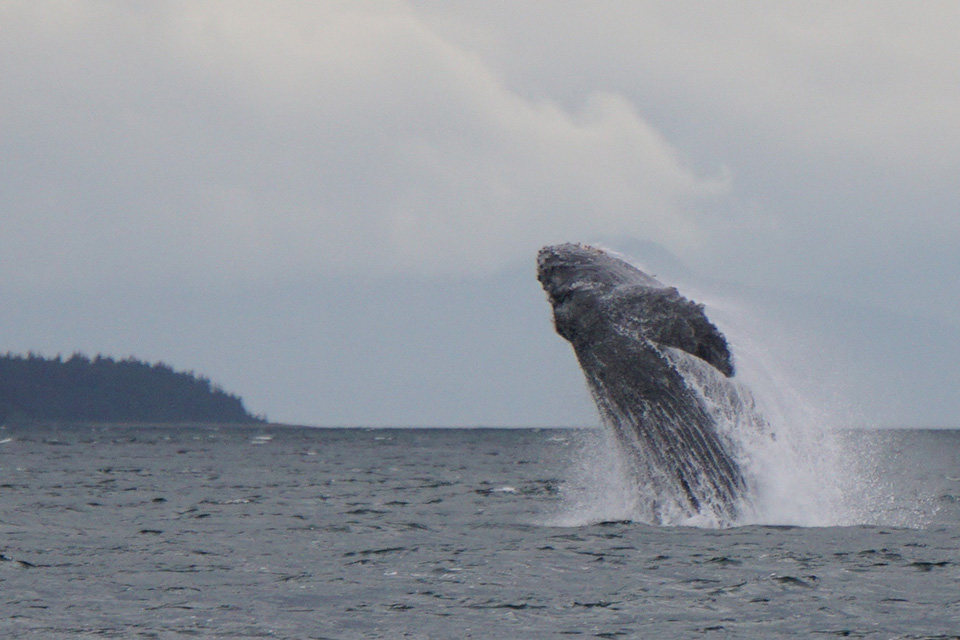 After the cruise ended, we went back to the Seattle area to visit Cindy’s family for two days and then headed to San Francisco. Or at least we tried. Due to fog, our flight was delayed by almost seven hours. Want to know anything about the Seattle airport, just ask us.

With a couple of recommendations from my friend Harvey Steiman, we hit two very fine restaurants. One of them almost bankrupted us, and a couple weeks later, the stock market tried to do the same thing. But with good weather, we had a most enjoyable time wandering around. 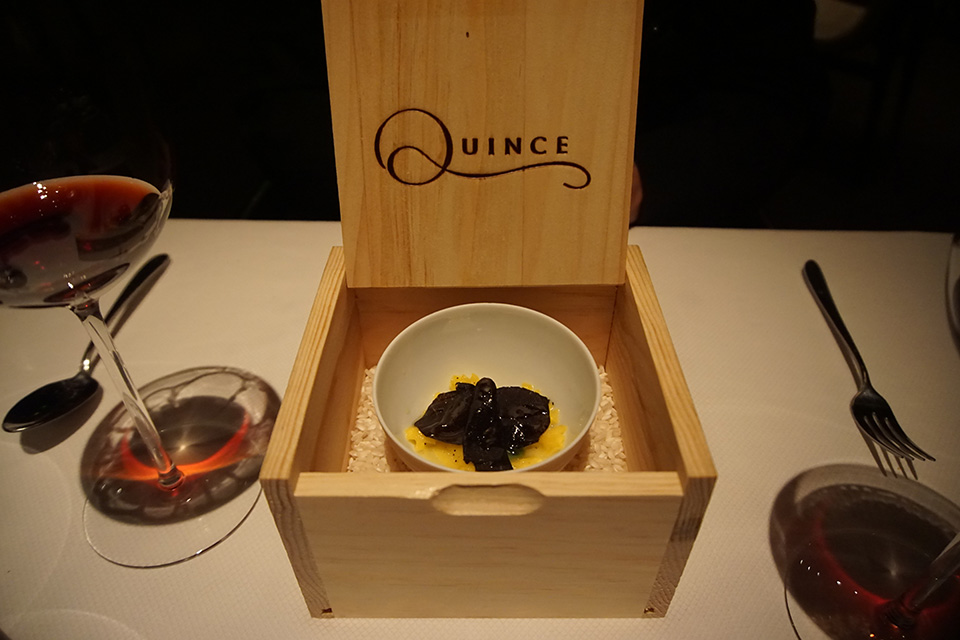 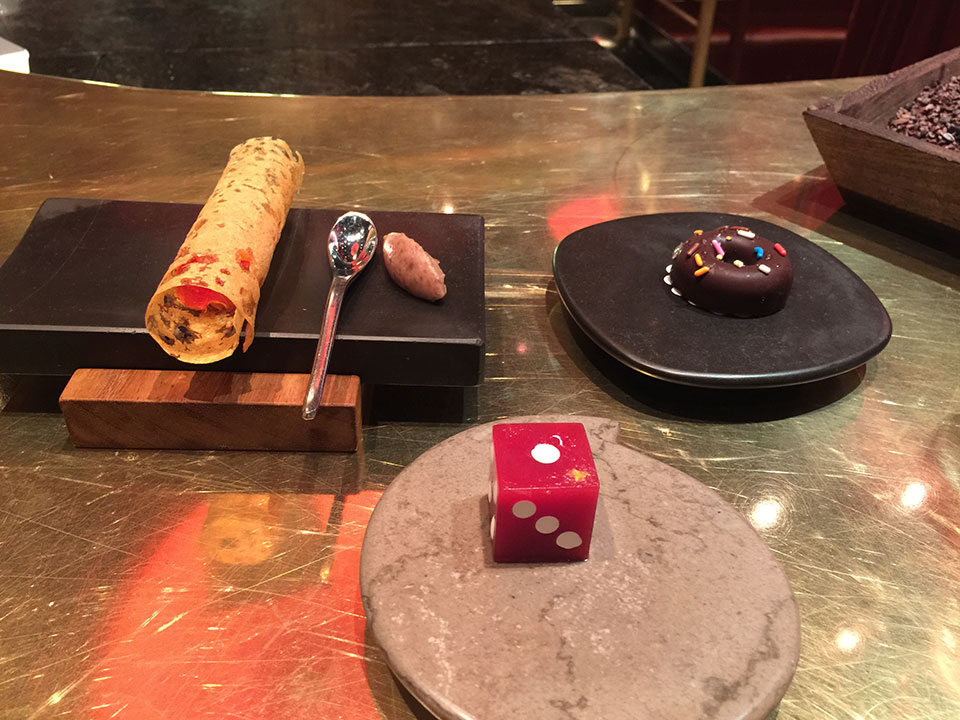 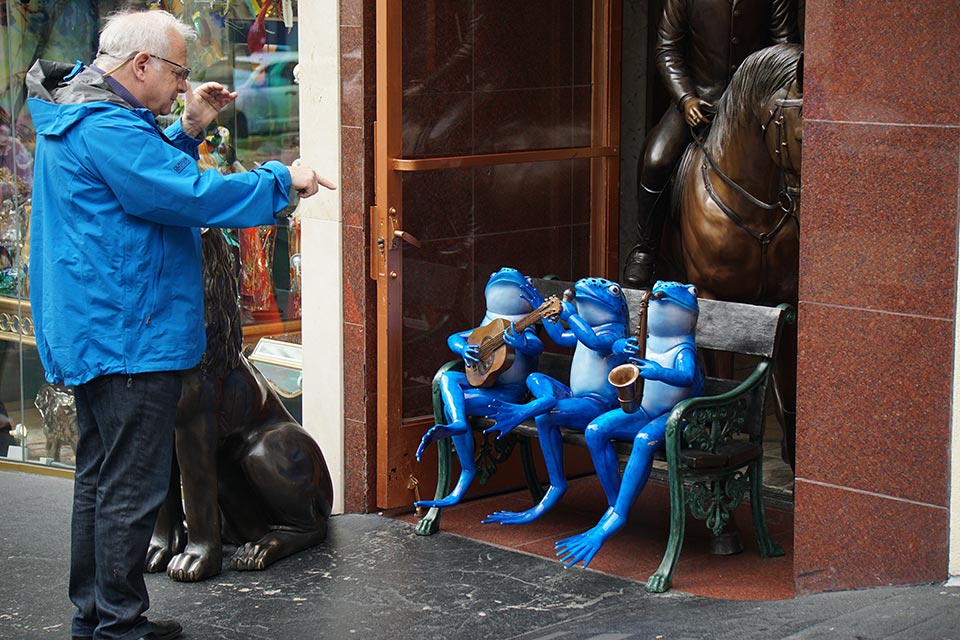 Next was a drive down to Carmel, where Daniel was staying with his girlfriend’s family. Naturally, we went to the Monterey Aquarium, where Cindy continued her love affair with jellyfish. 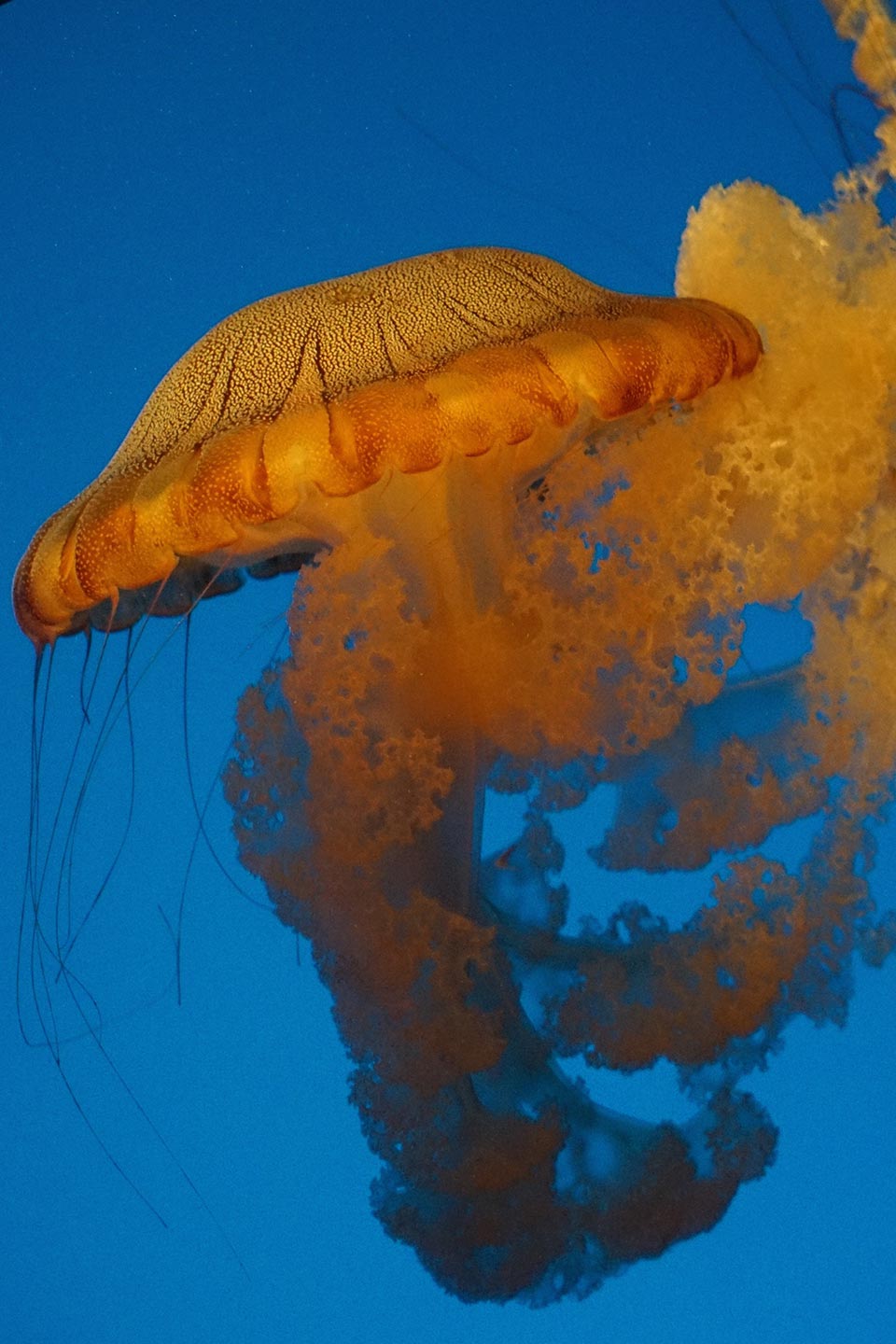 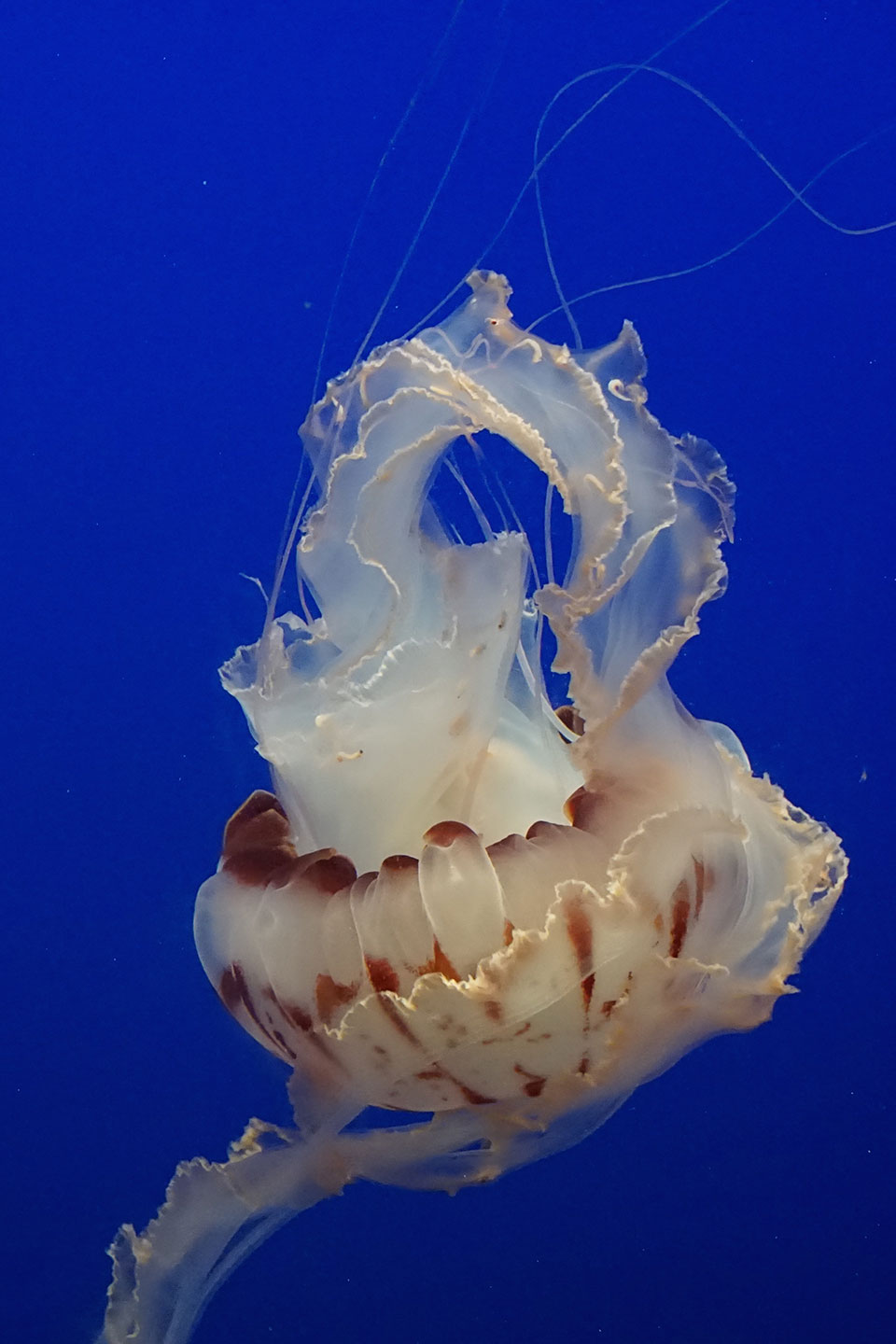 My son is now 21 and very much his own man. He continues to be curious about many facets of the entertainment industry and in this final year of college will probably decide which course of action his life will take. 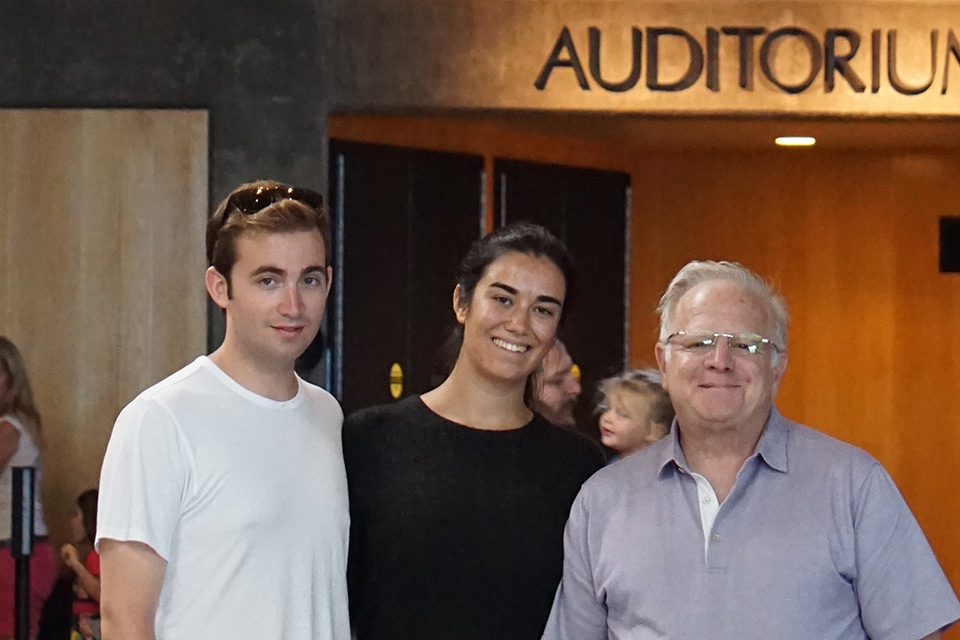 Then there were a few days in Las Vegas. Another Slatkin, albeit with the spelling Zlotkin, was vacationing there as well. Over the course of four days, my brother and I probably spent more time together than we have since we were kids. He took us to a pinball arcade, bringing back memories of long ago. We also went to the Mob Museum, a truly spectacular place that most Vegas denizens never get to. 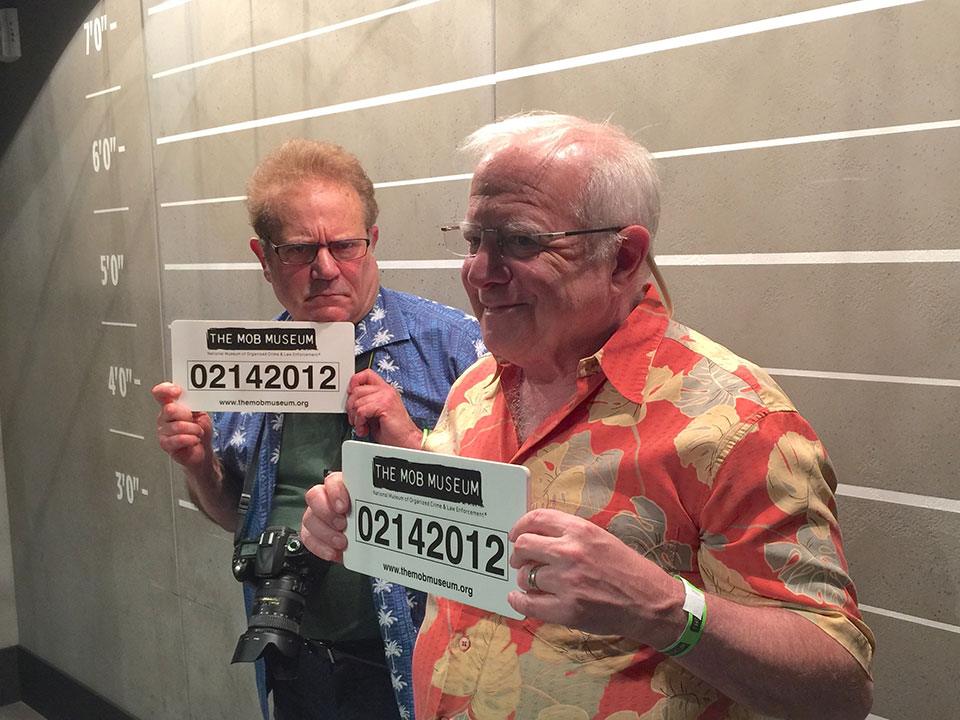 Last up was a visit to our dear friends Michael and Noemi Neidorff who have a home in Rancho Santa Fe. Nothing but relaxing and another set of terrific restaurants. With the end of the vacation in sight, I got out to the golf course for some chipping and putting. At this point it seemed useless to actually play a round, as my goal would have been to try using the same ball for an entire hole, possibly even for two shots in a row.

We only had a few days to prepare for the start of the new season, so it was back to Detroit for packing, studying and watching one more French film. There are still quite a few left from Roger Ebert’s list, but at least we made a dent in it. Perhaps next summer it will be an Italian fest.

As you read this, I have turned 71. It does not feel so much different than the previous birthday, just less cake. The next several months are filled with large works to conduct, so why not start off the season in Lyon with Beethoven 9? I anticipate a whole bunch of aching muscles as well as musical satisfaction.