Opera has returned to the Gateway City with the opening of Opera Theatre of St. Louis’s 2021 festival season. As reviewer Eric Meyer noted in the St. Louis Post-Dispatch, “Palpable anticipation radiated from audience, staff and performers alike before the opening performance.” The first production of the season, Gianni Schicchi, is in the words of Broadway World critic Steve Callahan, “a sheer delight … marvellously successful.” 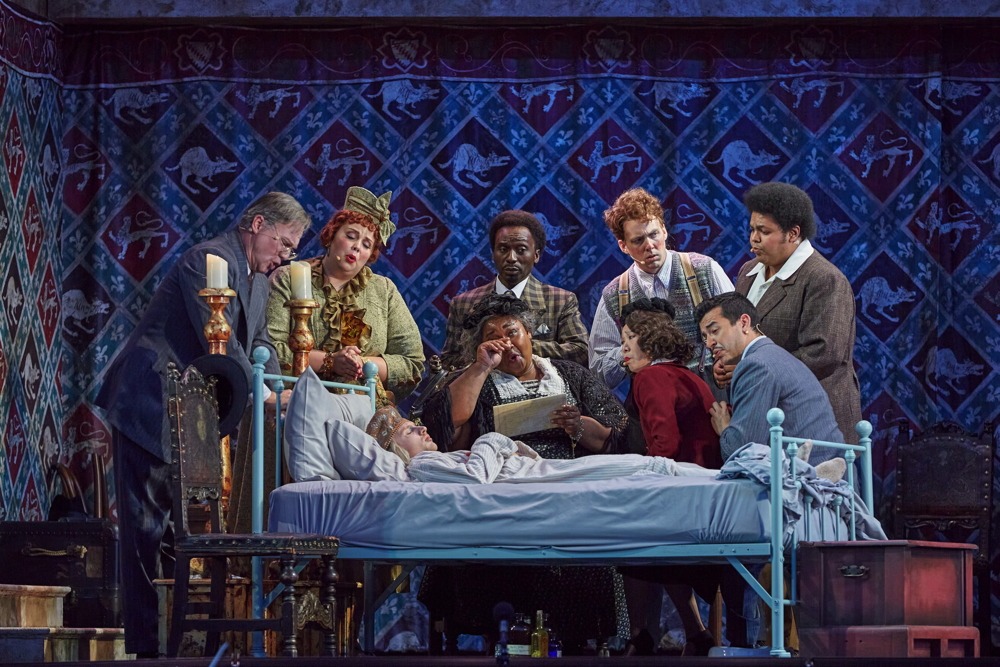 “Maybe it was the natural surroundings. Maybe it was Leonard Slatkin conducting the St. Louis Symphony Orchestra (the first time I had heard live music in 14 months). Whatever it was only enhanced what was happening on stage, so much so that I wondered why we ever watched opera inside. … Last night’s performance was exuberant. It was fun. … Comedy or drama, one thing’s clear: OTSL’s outdoor season is one not to miss.”

“This presentation is engaging and entertaining throughout, briskly paced by director Sean Curran and bolstered by a sprightly reading of Puccini’s composition by members of the Saint Louis Symphony Orchestra led by SLSO conductor laureate Leonard Slatkin.”

“My congratulations to all in every position of the company for the truly heroic efforts that must have been required to make this evening so charming, so comfortable, and so artistically satisfying. … The great Leonard Slatkin leads a tranche of the St. Louis Symphony into the lively, even hectic music of the opening scene.”