OTSL resurrects a seldom-performed opera by William Grant Still, regarded as “the dean of African-American composers.” Highway 1, U.S.A. is an intimate, one-act work with a sweeping score that blends elements of Romanticism, blues, and musical theater. Its story centers on filling-station owner Bob, his wife Mary, and Bob’s ungrateful brother, Nate. As Seth Colter Walls explains in his New York Times preview story, the opera “swiftly deals with complex, compelling ideas about familial expectation and duty.” 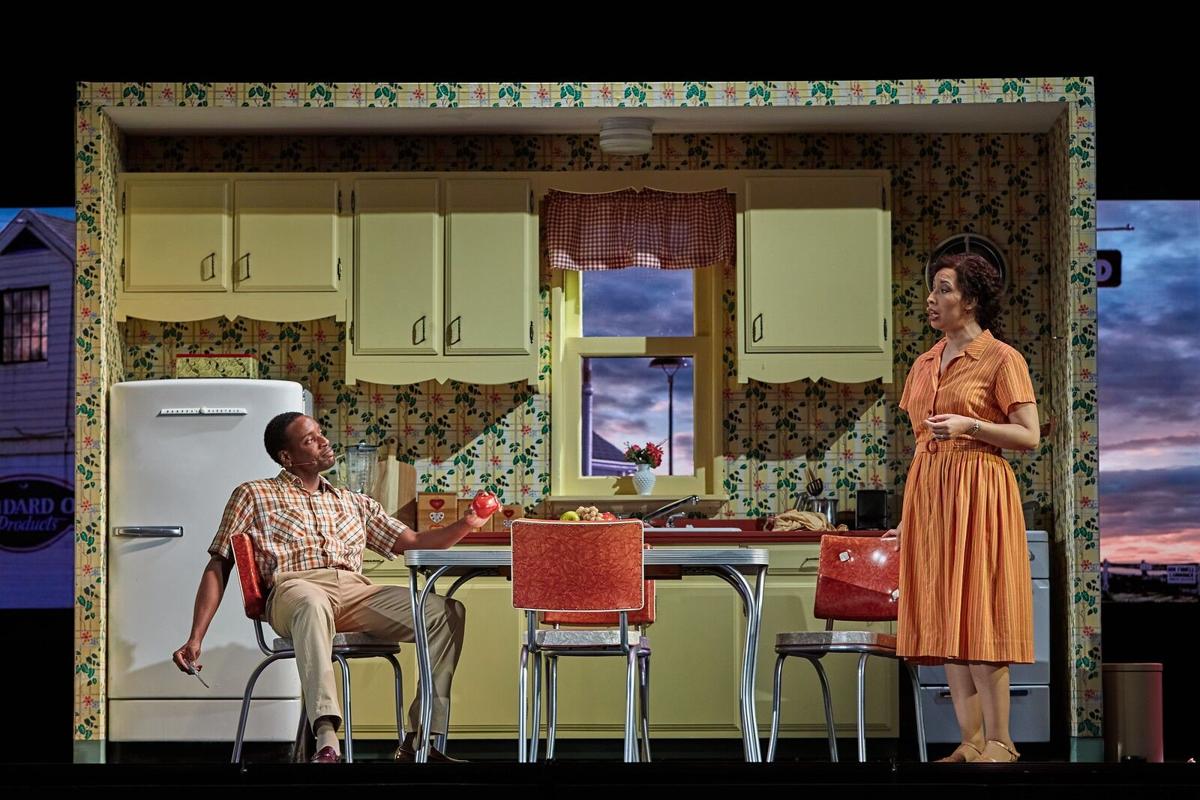 “Saint Louis Symphony Orchestra conductor laureate Leonard Slatkin coaxes a splendid performance out of members of the SLSO who finely interpret the versatile Still score. … [K]udos to Opera Theatre of Saint Louis for bringing a seldom-heard work by a master African-American composer such as Still to the forefront of its 2021 outdoor season in such a smoothly honed presentation.”

“Highway 1, U.S.A. Is Momentous Tribute by OTSL to Long-Neglected Composer”

“Leonard Slatkin (St. Louis Symphony Orchestra conductor laureate) kept the stage and pit together. The SLSO musicians created a lush sound with nimble playing in spite of the temperatures. … OTSL’s momentous production of Highway 1, U.S.A. is a long overdue revival of a too-long neglected American composer.”

“Leonard Slatkin leads the large orchestra. They give a wonderfully sensitive and expressive interpretation of William Still’s score. That score is rich in variety and it is quite ‘programmatic’—i.e. it closely supports the dialog, the actions, and the emotions on stage.”