About a two-hour train ride from Paris to the east lies a city that even many French people don’t know about. But for seventy years, Besançon has been the home to a two-week music festival that attracts a good number of listeners. Every other year there is a conducting competition that has produced a number of outstanding winners, including Seiji Ozawa.

When I began my conducting studies at Juilliard, we were a class of only four students. One of them was Catherine Comet, a French woman who had won first prize in 1963. She would go on to be the first female to ever head up an American orchestra, and she served as my assistant in St. Louis for two seasons. When Cindy and I met up with some of the people who would assist during the week, we were given the full festival brochure. And in it was Catherine’s picture from more than fifty years ago. I understand that she retired and now lives in Wyoming.

Last year I was asked to head up the jury, especially in light of the fact that the ONL would be the orchestra performing for the final two rounds. With the Cliburn competition behind me, I believed that taking on this task would be informative and interesting. Having criticized music competitions, I thought it made sense to actually participate and form a more comprehensive view regarding the value of this aspect of the music profession.

Unlike the Cliburn, the Besançon competition involves predetermined repertoire, chosen by me and designed to reveal various facets of technical and musical ability in each of the competitors. More than 250 applicants from around the world were screened in four international locations. This large pool was trimmed down to twenty, each of whom would head to France for as many as eight grueling days.

For the first two rounds, the Besançon-based ensemble—the Orchestre Victor Hugo Franche-Comté—was prepared in advance for two important works. First up was the Suite from Appalachian Spring. It was not chosen because it is American, but because it contains many of the difficulties that are encountered in mid-twentieth-century music. The Copland was probably not familiar to most of the contestants or the orchestra, but it was perfect for figuring out which eight conductors would not progress to the next round. Each competitor had fifteen minutes to play and rehearse different sections of the piece.

The decision process was similar to that of the Cliburn. There was no discussion, and we all voted thumbs up or down. These were tabulated, and it was clear which twelve would move on. For the second round, we moved to a theater, suitable for the extracts from Bizet’s Carmen. The orchestra was in the pit, and it was fairly apparent which conductors were comfortable in the nether regions. However, several conductors tried to change the way the four singers were performing rather than concentrate on what the orchestra was doing. As a jury, we found this annoying, since the competition is about conducting and not teaching. And one had to feel just a bit sorry for the Don José, who had to sing for almost six hours in one day.

Again, we convened with the idea of eliminating six, and again, the results were clear. We began to discuss the merits of the remaining contestants, but these talks were kept somewhat vague, just so we could keep the integrity of the process intact. It was also becoming evident that as a jury, we were really gelling and having a good time. Food (especially cheese) and wine made all this a little easier.

By now, the ONL had arrived to take over the orchestral chores for the remainder of the competition. In addition, I led a concert of music by Connesson, Chopin and Franck. What was interesting here is that the day before, the six remaining contestants each had to conduct about twenty-five minutes of the same Chopin concerto that I would lead the next day. Here, at least to me, was where the wheat was really separated from the chaff. Many conductors consider the concerto to be the least interesting of everything in the repertoire. For me, it is possibly the most important aspect of the conductor’s art and craft.

It was in this round where we learned how well the candidates listened. Some sort of got through it, and others really struggled to catch the pianist in those tricky passages where you have to be on your toes. By the end of this day, a clear favorite had emerged for the jury and audience alike.

The finals gave the last three standing plenty of opportunity to rehearse and present three works. One was a piece commissioned for the competition, followed by the first two Debussy Nocturnes and the Overture to Die Fledermaus. If I had one aspect that I would change, it would be that each contestant would have a choice among five or six pieces rather than each doing the same works. There was enough rehearsal time, and it would be easy enough to pre-select works that could be properly prepared for this round.

When it was all over, the youngest competitor in the contest emerged as the winner, particularly in the way he led the new piece. Ben Glassberg from Great Britain is very talented and already making waves in the industry. We all hope he will remember that this is a long path, and that he will take his time as he continues to grow. 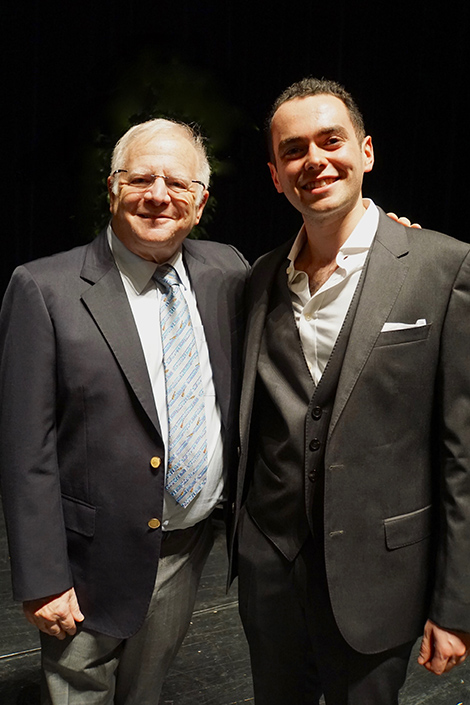 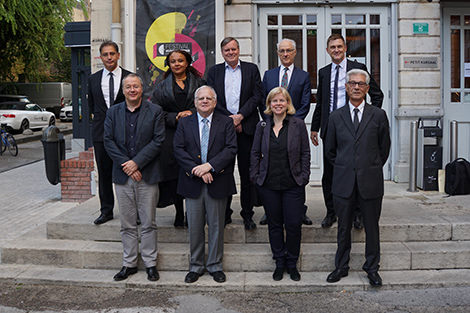 We headed off to Paris for a couple days of R&R. 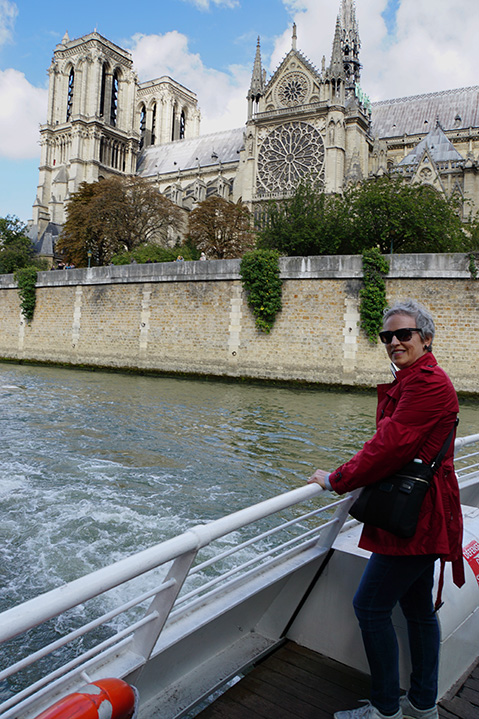 Upon the return to Lyon, it was time to open the season. This program included a new piece by Connesson called The Ship of Ishtar. During its four movements, all for strings alone, the composer’s colorful language comes through as well as his flair for connecting the music of the past with some of today’s compositional techniques.

La mer followed, and this was an absolutely superb performance by what is now my former orchestra. I loved every moment, and the musicians gave their all. We worked intently on a piece that most of the players knew well, so there was a feeling of freshness by the time we came to the performance.

The incredible Sol Gabetta was on hand to play Saint-Saëns and Fauré. She is this year’s resident artist in Lyon, and I envy the other conductors who will get to work with her later this season. Such artistry, secure technique and exquisite musicianship are rare, so I look forward to any collaborations with Sol in the future. And her three-month-old son is adorable.

Wrapping up the program were La valse and the Grainger arrangement of Danny Boy. By the time the concert ended, I realized that the next music director of the ONL will be very fortunate to have such amazing musicians to lead. I could take pride in many aspects of the past six years as their leader, but no feeling is better than knowing that I made a difference.

To end the month, I headed to Boston. Last year I received an honorary doctorate from the New England Conservatory. Each season I try to visit one music school as both a conductor and teacher for a week. David Loebel had scrupulously prepared the orchestra in a very demanding program of American music. It must be remembered that Boston has been a leading champion of composers from this country.

With works from Bernstein, yours truly, Piston and Schuman, the orchestra showed themselves nearly the equals of their counterparts across the street at Symphony Hall. Wonderful string sound, great solo and ensemble playing from the winds, and inventive percussion permeated the few days we spent together. There is no question that with this kind of talent, music will be in good hands in the future. The question is, will we be able to create a public that values what we do?

So, a busy month, to be followed by an incredibly demanding few ahead. Literally every week contains heavyweight programs, so I need to get into shape. No more of the delectable Morbier cheese that we discovered in Besançon.

Oh, I almost forgot. My new book was released, and as you are reading this, you may now get it on Kindle. Those are a bit harder for me to sign, but maybe these new tablets can allow for that.