It could not have come a moment too soon. One had to wonder how history would paint its picture of this past year. There remains much to be settled, and none of us knows how events in the States or the world will affect the arts. Still, there were two fine weeks of performances left in Detroit before Cindy and I started on a nice, long vacation.

A few years ago, when the DSO went to Carnegie Hall, we inherited a program originally scheduled for the Oregon Symphony featuring Kurt Weill/Bertolt Brecht’s Seven Deadly Sins with vocalist Storm Large. Fiscal demands prohibited our colleagues in Portland from getting to New York, and since we were already headed there for our own program, we also filled in the previous evening.

Literally taking the town by Storm was Miss Large, a real physical as well as vocal presence. Having led an incredibly tumultuous life, she has settled down a little bit, continuing her work with the band Pink Martini but branching out on her own as well. In addition to solo shows, she has made the Weill piece something of a specialty.

Storm has the remarkable ability to bring the main character (as well as her inner voice) to life in both physical and emotional ways that can seem shocking to some. Her connection with the audience is evident throughout, and the performances this time around were even more compelling than our effort three years ago.

No one needed projected text to understand this somewhat bizarre and complex story, which was bolstered by the male vocal quartet of Hudson Shad, who brought clarity of diction to the Auden English adaptation. The small group of instrumentalists played with panache and a true 1930s sense of style.

It seems like forever that I have been known for interpretations of the music created in England, and yet, I have done only a handful of pieces by composers from that part of the world. This changed over the course of my two-week stint in Detroit, starting with five movements from Sir William Walton’s Façade Suite. Although the original, with nonsense text from Edith Sitwell, remains the best version, it was nice to introduce this music to our audience. In the “Jodelling Song,” faint echoes of the William Tell Overture creep in and out, providing the public with an opportunity to laugh in the concert hall without fear of reprisal.

The second half of the concert was devoted to the same composer’s First Symphony. Immensely difficult for the orchestra, this is a piece I have loved ever since I first heard it during my teen years. I am always apprehensive at the first rehearsal about whether the musicians will take to the work. It is usually not until the dress or even the first performance that everyone seems to “get it,” at least in the States.

The members of the DSO got into the spirit right away, with intensity being the watchword for these concerts. Usually, in most big symphonic works, there are a couple moments when the conductor can catch his or her breath. Not so with this piece. Every bar requires an astonishing amount of concentration. For deftly handling the foreshadowing of the coming war in the first movement, the diabolical technical difficulties of the scherzo, the wrenching heartbreak of the slow movement, and the razzle dazzle and silences that inhabit the finale, I was very proud of my musicians. This one will linger in my memory for quite a while.

The following week it was another first symphony by a Brit, this time Sir Edward Elgar. At 50 years old—the same age that Brahms was when he completed his first symphony—the Englishman had much to consider at the time. Up until then, there had not been a real symphonist in England. Yes, there were a few composers utilizing the form, but none of them caught the attention of the critics or public. Elgar had already achieved fame from his Enigma Variations and certainly realized that his symphony would come under intense scrutiny.

Led by the German conductor Hans Richter, the premiere went off splendidly and the work was an instant success. But as the 20th century moved to a close, Elgar’s two works in the form had only a limited number of performances outside his native land. Even though a few conductors, including Solti and Barenboim, conducted them, the overwhelming majority of podium minders leading this piece were British.

This remains somewhat true today. The sadness here is that this work is firmly cast in the Austro-Germanic world of symphonic form and structure. With a memorable tune to begin, this almost-hour-long adventure is a great showpiece for both conductor and orchestra. To illustrate for the audience, I took the first three bars of the second movement, first in tempo and then slowly, one note at a time. Then we played the opening of the slow movement, showing everyone how Elgar used the exact same notes, but by changing keys, modes and rhythms, transformed something light and airy into a somber and moving theme.

As with the Walton, the DSO was magnificent. All the musicians seemed to enjoy getting to know this masterpiece, and the degree of virtuosity was a marvel. The performance rivaled any I have done in England, and there have been plenty. Most impressive to me was that everyone knew the piece well enough that I could use rubato quite liberally and create different moods during each concert. As with the Walton, this performance will live with me for a long time.

What can one say about Emanuel Ax at this point? We have been working together for a very long time, but this appeared to be our first encounter together with the 2nd Beethoven concerto. Many people think that the soloist and conductor get together before the first rehearsal to go over the fine points of the piece they will play. However, when I have known the soloist for many years, unless it is a new work, we just go to the stage and let the music-making happen directly during practice with the orchestra.

With Manny, it is always a matter of listening to each other. We try to play off a phrase that one of us has done a certain way and then keep having a good time creating a chamber music atmosphere for the duration of the work. The early Beethoven suited this type of rehearsal, and at the concerts, each shading was the result of careful preparation as well as in-the-moment listening. As snow began to fall in Detroit, so did each of Manny’s pristine flakes of color drop from the keyboard to the listener, sometimes delicate and sometimes powerful. The two weeks with the DSO were a great way to wrap up 2016 musically.

During that visit, we announced two important items. Once again we achieved a balanced budget for the year, an accomplishment that once seemed improbable given the economic plight of six years ago. We also told the public that we would embark on a three-week, eleven-concert tour of Japan and China in July. This will be the orchestra’s first international tour in 16 years, and one of the intentions is to show the world that our city, once written off as dead, is alive and well. Yes, we are not out of the woods yet, but new initiatives continue to move forward, and by the time I step down as music director after next season, it is my hope that most of the roadblocks will have been removed.

Cindy and I finally got that nice, long vacation we had been desiring and decided to go visit family as well as take a trip to Mexico. There will be more of that in next month’s piece, but here are a few of the sights we took in. 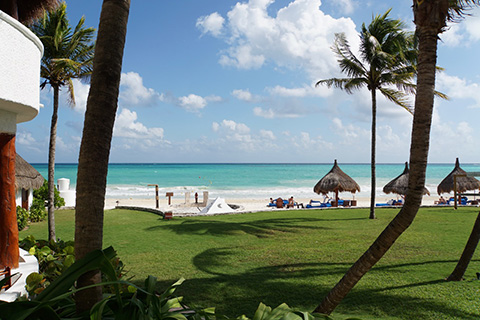 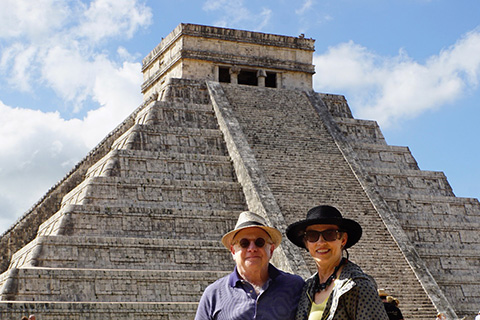 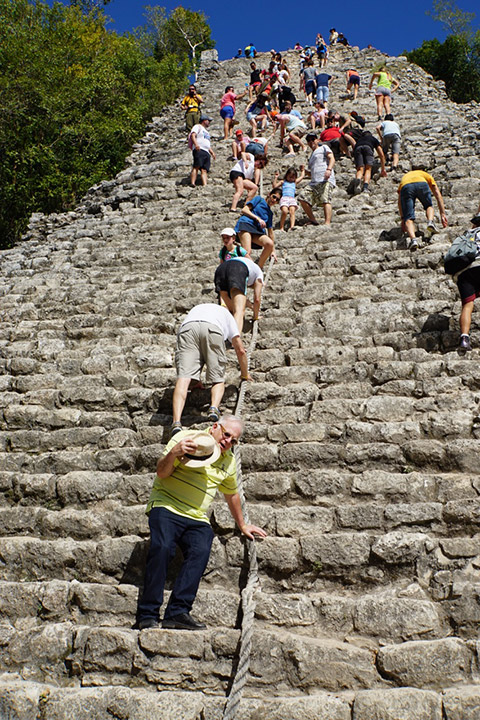 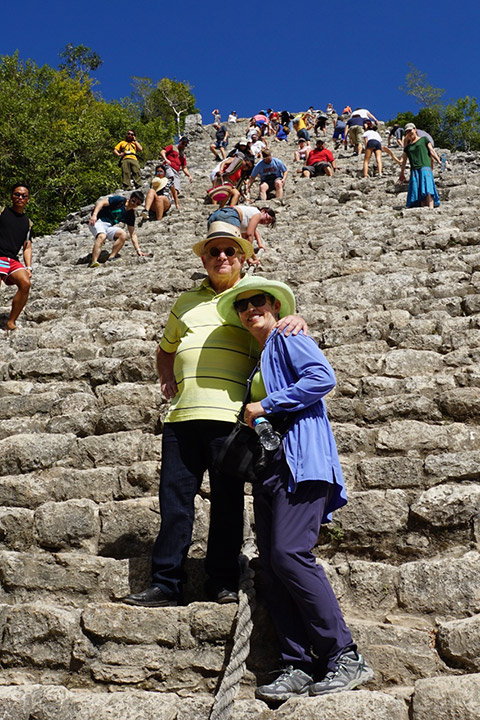 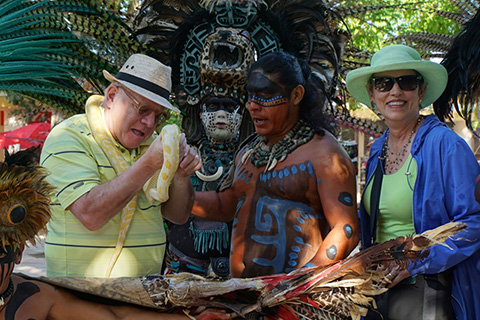 Snake and Mayans at Tulum

FEBRUARY 2017: The Right to Be Yourself