Weather forecast. Stormy with little chance of sun. Temperatures remain chilly throughout the month. Expect a break in the clouds if the pressure lets up.

The strike dragged into its second month and I continued to keep quiet. But this did not mean that I did nothing. Very few days went by while I was in Detroit, when I did not speak with board members, urging them to help find a way out of this. Most said they missed the orchestra but needed to hold firm. The indication was that when a settlement was reached, purse strings might open once again.

And that is the crux of the issue. The players want a guarantee and the board cannot give it. The good news is that General Motors showed a two billion dollar surplus this past quarter, but that is only for three months. It is sustained growth, over a year or more, which will get the economics back in play for the orchestra.

I have tried very hard, and feel that the success will come, but not until the orchestra is back on stage. At that time, I will be entrusted with the most difficult job a music director must confront: healing the wound.

There were benefits to being out of work. I finished the book! Well, at least the preliminary draft. The most difficult aspect of this was deciding what must be omitted. It turned into a bit more of a memoir than I had originally intended, but the stories are all related to a given subject, so at least there is continuity. The next step will be editing. At about 325 pages, it might be just a shade too long. More than likely punctuation and grammar will need assistance.

I still need to write the ending. As soon as we know a publication date, I can get this done. There are matters that probably go up to the last minute with a book such as this. Fortunately, there are not too many footnotes but I must make sure that each source is attributed. And who figures out what goes in an index?

The first part of the month was spent in Dresden. There are two main orchestras in that city and mine was the Dresdener Philharmoniker. We performed two different programs in two different venues. The first was the Kulturpalast, a clearly communist building designed more for party meetings than concerts. But the sound was acceptable and the orchestra played very well.

The program was sort of Russian, with the Pärt Fratres for Strings, a new oboe concerto by Schedrin, played extraordinarily by the orchestra’s principal, and the Rachmaninov Second Symphony. Since this set of concerts overlapped the previous month, there was an odd coincidence that placed it almost one year to the day of my heart attack. There I was in a European city, performing the exact same piece. You better believe there was some anxiety.

For the second week, we moved to the Frauenkirche, one of the fabled structures that had been demolished during World War II. The restoration has been nothing short of amazing. There were no original plans to be found, so the reconstruction took place with the use of historic photographs. It is a truly unique building. 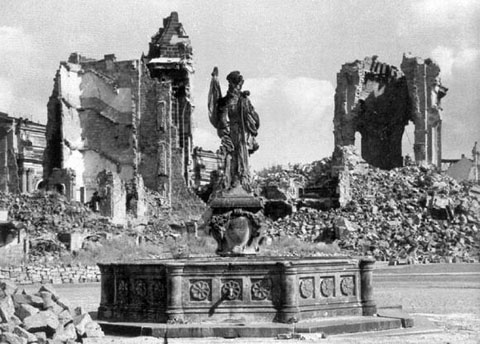 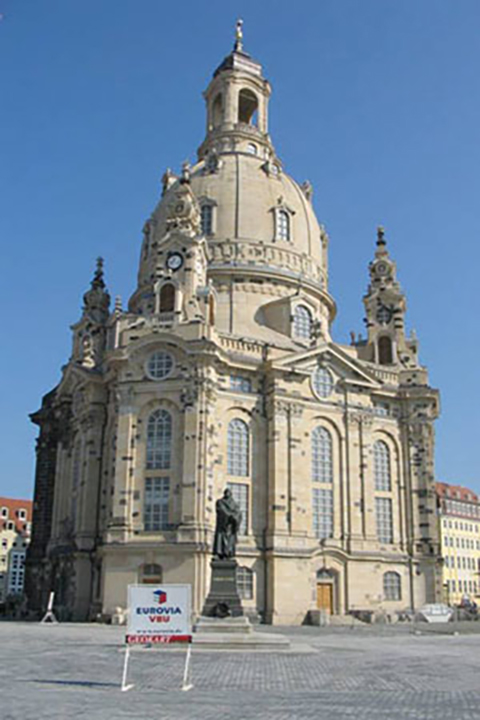 For this occasion, the composer Toshio Hosakawa had written a work entitled Sternlose Nacht (Starless Night). It is for chorus, two soloists and orchestra. The poetry recalls the horrors not only of the bombing in Dresden but Hiroshima as well. Relentlessly depressing with not one tempo indication more than 66 beats per minutes, the piece had a distance that suited the occasion well. There was an amazing movement for alto flute solo as well as one for just percussion. The overall impact was quite moving. Here is a composer, using mostly conservative languages, who manages to create an individual world, with occasional nods to Takemitsu and Messiean. I am not certain that the piece would play so well outside of Dresden and the church, but his music is definitely worth looking into.

It has been a while since I dropped into the complaint department. This one is more likely suited to a frustration file.

Many airports in Europe have a practical scheme for dealing with traffic flow as regards getting on a plane. Instead of having aircraft stacked up, waiting for a gate assignment, they are parked on the tarmac and the public is bussed to the plane. Most of the time it works well enough and it is easy to understand why this is done, but sometimes it is truly a nuisance.

Between the two weeks in Dresden, I went to Lyon for a couple days. This trip needed two airplanes per leg with a change in Frankfurt. My aircraft landed, parked away from the terminal and we were taken by bus to the gate, which was not so far from where the aircraft had settled. In order to get to the next flight, I had to walk to the opposite end of the interminable terminal. Okay, the exercise was good for me.

Upon arriving, I was sent to yet another bus that proceeded to take me all the way back to where I started. Why? Because my second plane was parked right next to the one in which I had landed! Wouldn’t it have been much more productive for the flight attendant to say, “Mr. Slatkin. We noticed that your connecting aircraft is right next to ours. Why don’t you just step outside and get on it? No point for you to walk four miles only to be transported right back here. And while you are waiting, why don’t you have a pretzel?”

Last month I posted a column written a couple years ago regarding sound levels in symphony orchestras. I failed to credit the publication for which I had written the piece. It is a website called classicalsource.com. They have reviews, commentary and articles primarily about the music world in the U.K. Worth checking out to get news you might not ordinarily see.

Meanwhile it was back to work, this time returning to Pittsburgh. Given that the TSA was now getting more intimate with passengers, I decided to drive for the next few weeks. With the Thanksgiving holiday fast approaching I was getting worried about my giblets.

It was an all-American event in Heinz Hall. Bernstein and Copland book-ended the Clarinet Concerto by composer of the year, Joan Tower. In each case, the pieces were all receiving their first subscription performances. The “On the Waterfront” Suite is one of the best adaptations of film music for the concert hall. The orchestra had a great time putting this piece together, and as the last note resounded at the opening performance, on audience member shouted, “Yeh!!!” leading me to think that he had bought a ticket to the hockey game rather than the concert.

The orchestra’s principal clarinetist, Michael Rusinek, played Joan’s fiendishly difficult concerto superbly. It is a very strong piece, characteristic on one hand, but also very clearly defined in its musical materials. Joan was on hand to receive the plaudits.

After intermission, it was the complete score for Appalachian Spring. The full orchestral version had never been played by the PSO and everyone enjoyed the unfamiliar material. Less enjoyable was the fact that the last ten minutes coincided with the finale of “Light Up, Pittsburgh.” This was not an event sponsored by the tobacco companies but a signal for the holiday season to officially begin. The tree is lit, buildings are lit and by 9:30 pm, several of the residents of the city are lit.

Fireworks started outside and the sound resonated very audibly into the hall. This makes the coda impossible to bring off, as the mood is quiet and sustained. There had been an attempt at getting the light show to start a few minutes later but city officials were not about to change their minds. The second performance of the Copland went without the supplementary “1812” additions.

It was a nine-hour drive to Saint Louis, where I would see my former orchestra for the first time on more than three years. The week was jam-packed with concerts and events. First up was a benefit for the Chamber Music Society. I agreed to play piano in a couple of works and, surprisingly, got through them without too many accidental accidentals.

With the orchestra I was back on familiar territory, with the Fifth Symphony by Prokofiev being the big work. This was the work that won us our first Grammy back in 1984. I would estimate that there are only 40 or so players left from the time when I departed as music director, so there were many musicians unfamiliar with my way of working. The old-timers pulled the new kids on the block right along and it did not take very long for the old sound to come roaring back.

The program was primarily Russian, as there was a festival of music from that part of the world taking place. Olga Kern joined us for the Paganini Rhapsody and we opened with the string orchestra version of Fratres by Pärt. All went well and there was a nice greeting from the audience when I came on stage. As an encore, I brought along an arrangement my dad made of the Toreador song, set as a hoedown.

The week was filled with seeing old friends, both musical and otherwise. It is always nice to get back to where there were so many happy memories. I could almost forget about the unfortunate situation in Detroit. The cold weather was gripping the Midwest and up north, it was feeling even chillier. Hopefully there would be an early thaw.