The Orchestre National de Lyon Triumphs in Berlin and Beyond

The Orchestre National de Lyon Triumphs in Berlin and Beyond

The Orchestra National de Lyon’s concerts in Berlin and Leipzig were met with standing ovations from audiences and rave reviews from critics. Under the baton of Directeur Musical Honoraire Leonard Slatkin, the orchestra is touring Germany through November 13, performing in a total of six cities. 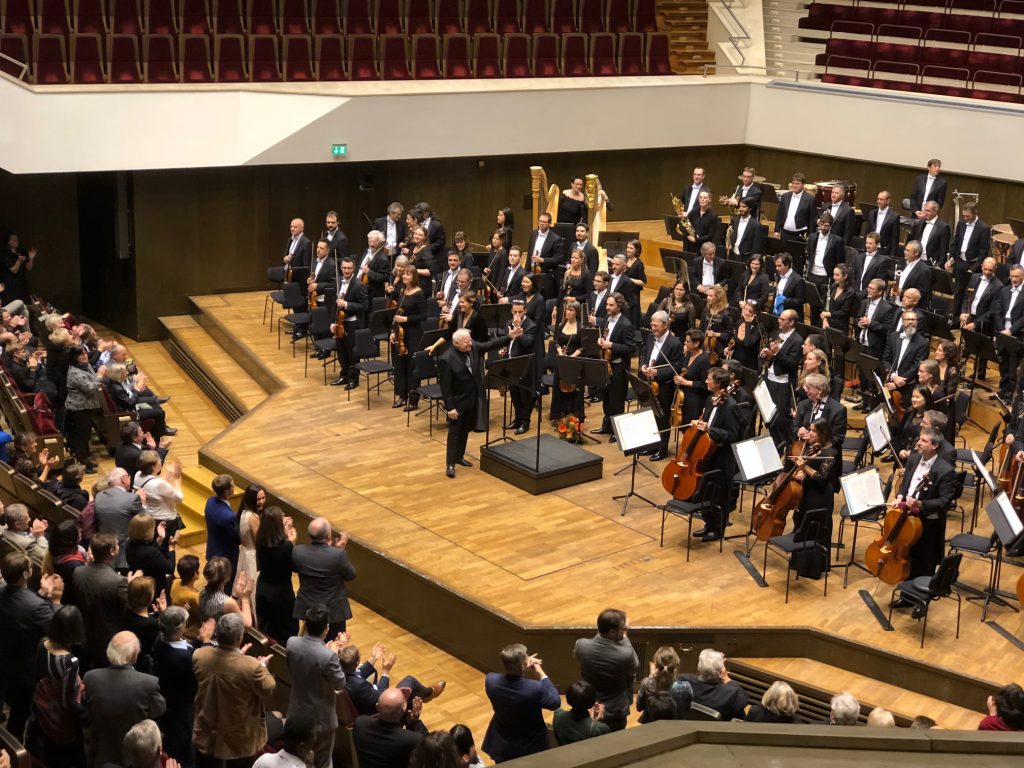 “With precision and a sense of drama, the 74-year-old maestro directs Mussorgsky’s Pictures at an Exhibition, motivating the French orchestra, for which he served as music director from 2011 to 2017, to produce a wonderfully rich and colorful sound, continuously expanding as if depicting grand, wide-format cinema. This is sound painting at its finest, from an entertaining tour of the exhibition with a guide who enjoys every detail of the orchestration, to the magnificent apotheosis of the ‘Great Gate of Kiev,’ informed by an atmosphere of spirituality.”

“Armistice: France and Germany In Tune”

“The stakes are high for an orchestra on tour, eager to show other audiences what it’s truly made of. But when it comes to playing in one of the most legendary halls in the world, the Philharmonie in Berlin, the challenge is daunting. Especially when it’s the first time, which was the case for the ONL, founded in 1969. But Slatkin’s professionalism and experience serve as major assets in reassuring an orchestra, not to mention his well-known familiarity with the French repertoire. Only six months after open-heart surgery, the maestro appeared serene and confident in a program of elegance and a sense of proportion, chosen to highlight the unique characteristics of the Lyon musicians.”