Leonard Slatkin’s latest book, Leading Tones: Reflections on Music, Musicians, and the Music Industry, is now available for pre-order and will be released by Amadeus Press on September 12, 2017. 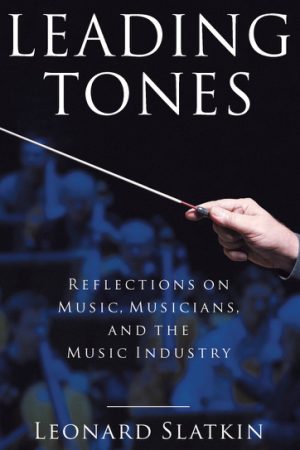 Leading Tones glimpses far beyond Slatkin’s baton and casts an inquisitive eye upon many facets of the contemporary music industry. Although this anecdotal, episodically structured book occasionally touches on Slatkin’s life as a musician and conductor, its principal preoccupation is with the business as a whole. From the rigors and peculiarities of the audition process, which are presented in the form of a brief novella, to the often-strained state of labor relations in the symphony world, for which the lockout in Minnesota serves as a flashpoint, Slatkin presents his perceptions of a world at once tumultuous and static. A chapter considering the professional media’s criticism from a performer’s point of view and another exploring the relationship between artistic vision and fiscal responsibility round out Slatkin’s timely analysis of our modern musical reality.

Leonard Slatkin's Conducting School, Lesson Ten: Getting On and Off the Stage