It seemed to take forever, but spring finally arrived. With snow on the ground right through the middle of the month, Detroit was poised for a continuing winter. However, the chill disappeared in Orchestra Hall with a program that warmed the soul.

The star was our concertmaster, Yoonshin Song, who delivered a magnificent reading of the Second Bartok Concerto. In complete command of this fiendishly difficult work, she made it seem less a virtuoso vehicle and more of a rhapsodic carriage. With her wide command of dynamics, expressive approach to the lyrical passages and faultless intonation, it was one of the best collaborations I have ever experienced in this amazing piece.

To open the program, we continued our series of short works by students of composers I have worked with regularly over all these years. This time it was Steven Bryant, who studied with Cindy at the University of North Texas. His piece, Zeal, was colorful and festive. The composer wrote that there were a couple moments in the piece that paid homage to his teacher, but I failed to find them—maybe it was more the general influence of jazz and the high degree of energy that is almost always present in Cindy’s music. Nonetheless, this brief overture stood very well on its own merit.

In a concert that saw me conducting the DSO in works I had never before performed with them, two German masters took center stage for the second half. Wagner’s Siegfried Idyll is one of the few pieces by that composer that I have kept active in my repertoire. I love the simplicity and tenderness, even when played by a slightly enlarged string section rather than the original solo instrumentalists. Keeping the work flowing is crucial, as there are so many repetitions of sequences. The musicians responded with sensitive playing throughout.

Wrapping up this program was Till Eulenspiegel’s Merry Pranks, Strauss’s iconic tone poem. This is always fun to do, and it was nice to return to the piece after a rather long absence. Great horn playing and puckish E-flat clarinet as well.

After a quick trip to St. Louis, basically to see how our new house was coming along, I headed for New York. In my second visit to the Manhattan School of Music this school year, we tried something a bit different than is the norm in a conservatory. Assuming that many of the orchestral musicians will begin their careers in an ensemble, I believe it is important to expose them to the variety of repertoire they will face. After all, it is not only Beethoven, Mahler, Ravel and the others that will appear on the music stands. The young professional will encounter all manner of musical styles, many of which are rarely taught in schools.

Given my Hollywood background, current connection to film music through my son (just entering the profession), and the popularity these days of showing movies with live music, I thought that we should tackle a film score. In this case it was a recent realization of music for Buster Keaton’s classic, The General. We could not have been in better hands than those of composer Jeff Beal. The score is an hour and fifteen minutes of non-stop performing, making it about the same length as Mahler’s Seventh Symphony. Jeff is such a master and avoids clichés, which is tricky in a film such as this. So there are no Civil War songs, but there is a banjo to add color to a few passages.

Without the use of click tracks, the young musicians had to follow me the whole time. And I had a video monitor in front of me with time code, punches and streamers. For those of you not conversant in film-music lingo, I suggest you look these up, and then you will learn how music is coordinated with the movie when you see it in the theater. Jeff was able to attend one of the rehearsals, offering insight into how the music fits into the character of the movie. What he could not do, despite everyone’s pleading, is tell us what happens in the final season of House of Cards, currently being filmed and scored. Non-disclosure agreement, I suppose. Maybe we need to call him Stormy Beal.

To wrap up the month, I went to a place quite off the beaten track for me. With only a few weeks left as a music director, it is my wish to combine working with those orchestras I see on a regular basis with some I have never conducted. There was a three-week period off, and an invitation came from JoAnn Falletta to conduct the Hawaii Symphony Orchestra, for which she is the music advisor. Since the timing was perfect, I happily accepted the engagement.

It was not one of the most difficult decisions to make. I could take a full week off in Maui and then go to Oahu to work the following week. During the first period, we stayed in a condo with our good friends Harvey and Carol Steiman. They are so delightful and conversant in many subjects. We had great discussions, food and wine as well as the best Mai Tais to be found on any island. 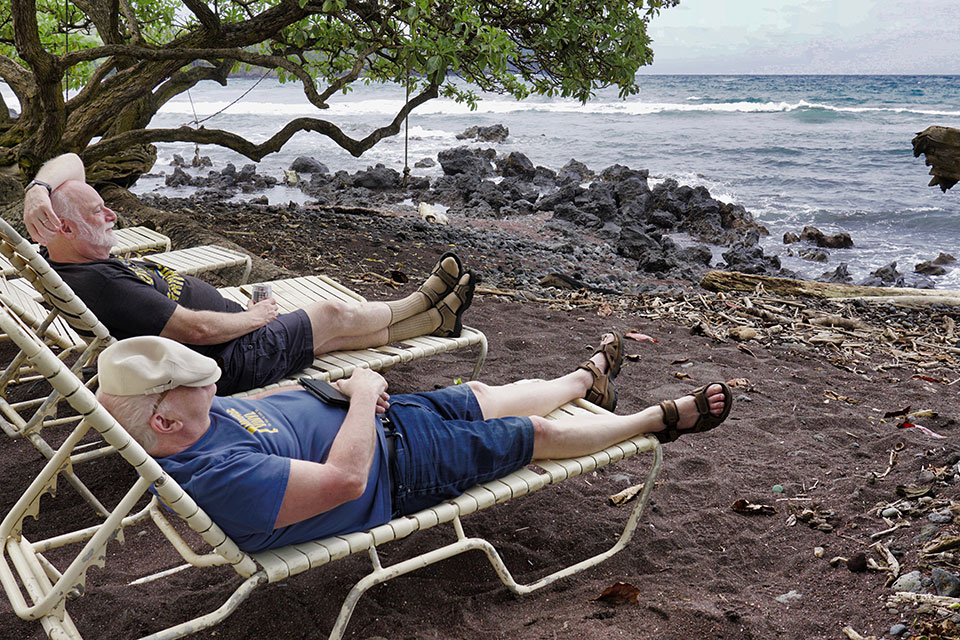 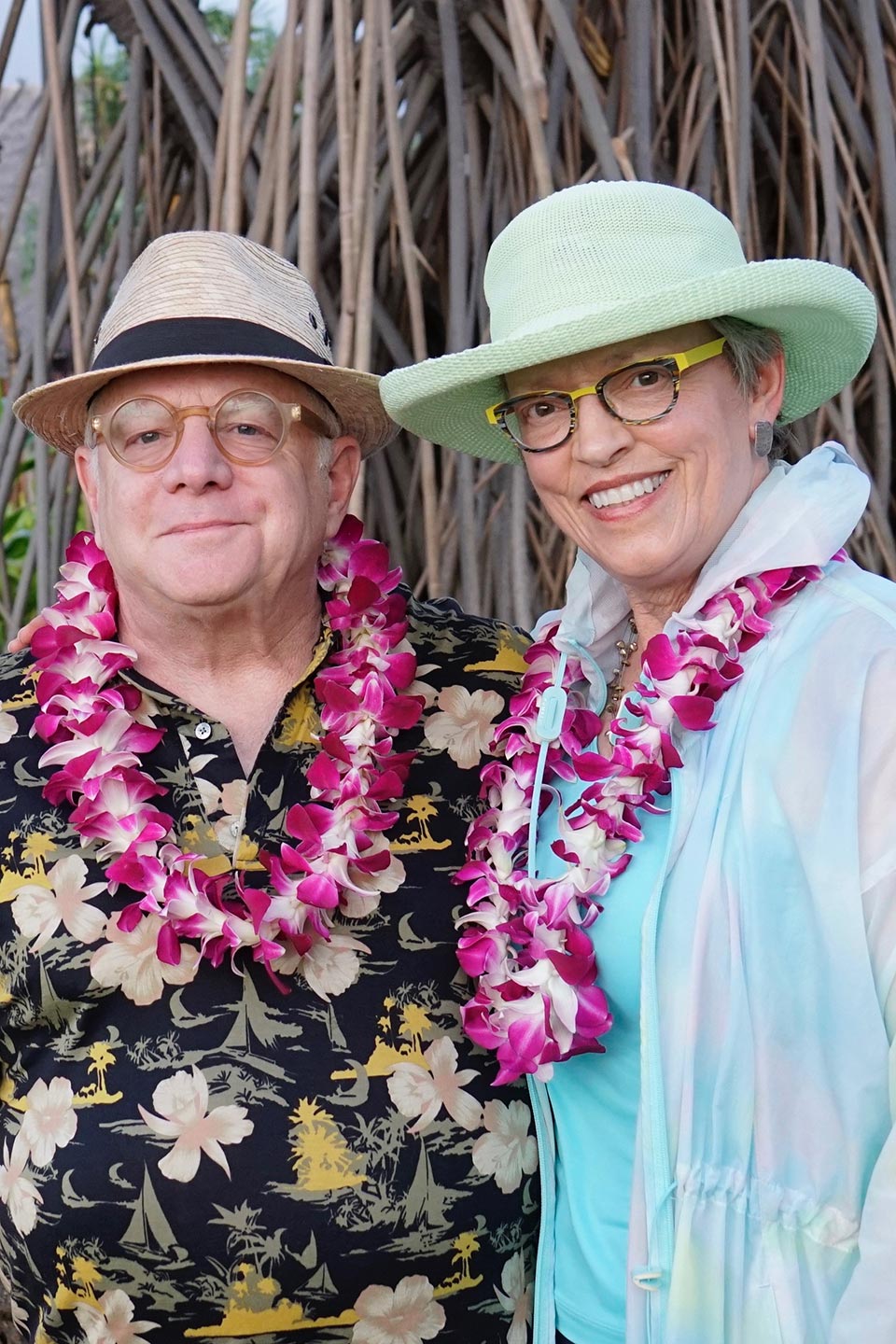 Unfortunately, it was on the cloudy and rainy side for a lot of the week, but we were still able to travel around the island and make some new friends, including some with feathers. Cindy continued her newfound passion as a photographer with a new lens being given a rigorous workout.

After this relaxing week, it was off to Honolulu. The Hawaii Symphony has had a very rough time of it. They went out of business several years ago and are still recovering after a three-year hiatus. But this is a group of musicians who truly believe in what they are doing, and they work very hard. In addition to playing symphonic and Pops concerts, they also serve as the pit orchestra for the opera and ballet.

My week actually had two programs. When I was told that there would be a Pops concert prior to my subscription set, I offered to do it. They gave me carte blanche as to the program, and I decided to pay tribute to John Williams. Most of the selections were familiar to both orchestra and audience, but there were some novelties, including a beautiful piece taken from The Book Thief. A few extracts from the recent Star Wars films also added a bit of the unfamiliar, but John always finds ways to put in motifs of characters from the other films into the mix. The encore was the “Imperial March.”

When we arrived at the hall prior to the start of the concert, there were a number of people dressed in full costume, roaming around the building and then even into the audience. Some of them came onstage to present me with a traditional lei when we finished. I am not sure how to be kind to a storm trooper. 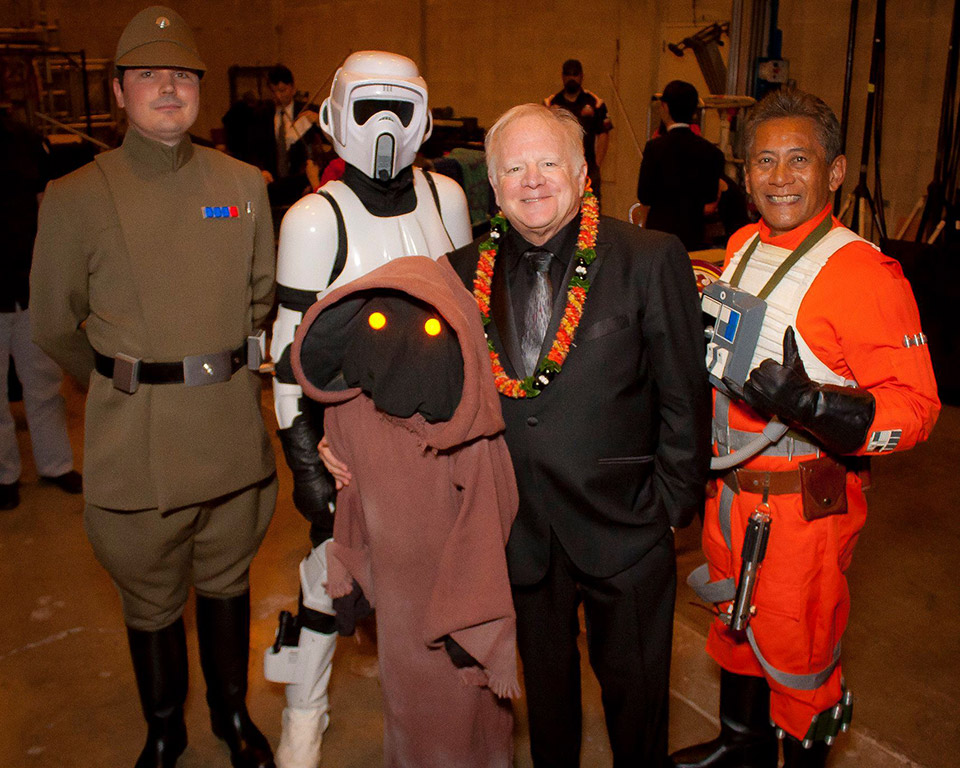 The weekend contained a program that included Brahms’s Second Symphony and the Sibelius Violin Concerto. Elina Vähälä joined us, and as we had performed the work together a couple months earlier in Lyon, it was like we simply continued where we left off. I love the sense of architecture and structure that she brings to the concerto, and her technical abilities certainly allow her to show off.

Most of our rehearsals did not take place in the auditorium where we performed the concerts. A production of Pique Dame was moving out, so we practiced in a large room with less-than-ideal acoustics. It was not until the morning of the Williams program that I had any idea of what the orchestra really sounded like. We worked hard on achieving good balances and blends. By the time we got to the second performance, everything had fallen into place nicely.

The opener was a piece by Cindy, Finish Line, one of the few orchestral works of hers that I had never conducted before. It is in her energetic mode with lots of flashy material that is great fun to play and listen to. The orchestra really seemed to enjoy this seven-minute romp, and I was able to present the composer with one of the leis at the conclusion of the final performance.

With the islands still lingering in my memory, it is on to the final six weeks of performances for the season. There will be plenty to write about when we next convene.