Just when I think that there are no new worlds for me to work in, up pop a couple that are really off the beaten track.

The violinist Vadim Repin had asked if I would participate in his Trans-Siberian Art Festival. The project began last year, and the idea was to make the Siberian part of Russia a true destination for artists and events. Concerts take place in several different cities, utilizing the orchestras from those areas, and chamber music programs are offered as well.

It took longer than I expected to get from Lyon to the first stop, Novosibirsk. Three flights later, we arrived, with a five-hour time change and two pieces of lost luggage. After assurances that the bags would arrive the next day, Cindy and I settled into the hotel. We pack for exactly this kind of situation. Although we have not had any luggage go missing in six years, somehow, we did not panic over this delay.

However, a series of clearly miscommunicated messages started arriving. The bags were in Moscow. No they were in Paris. We did not know. One of them arrived two days later, but the second was nowhere to be found. Eventually, with the help of Vadim and his staff, it was located, and we picked it up at the Moscow airport after one week out of our possession. A good friend had returned.

So it was on to the music making. The program included Cindy’s Circuits, the Tchaikovsky Violin Concerto with Akiko Suwanai and Brahms’s Fourth. The day we arrived, there was the opportunity to hear the orchestra in a program that featured the Sibelius Second. I found out that the hall was overly reverberant and told myself to compensate at the rehearsals by working on getting as much clarity as possible.

The orchestra worked very hard on our program. They did not really have the chops for Cindy’s piece, especially in the percussion section, but it came out without mishap. The Brahms had a great deal of passion, and it was interesting to hear the true Russian string sound in this music.

One of the pleasures of participating in these types of festivals is that you run into musicians whom you would not otherwise see. In addition to Vadim, we had lovely visits with Charles Dutoit, Jean-Yves Thibaudet and Rudolf Buchbinder. Lots of good stories and anecdotes, reminding me that my profession is among the best for wonderful tales. 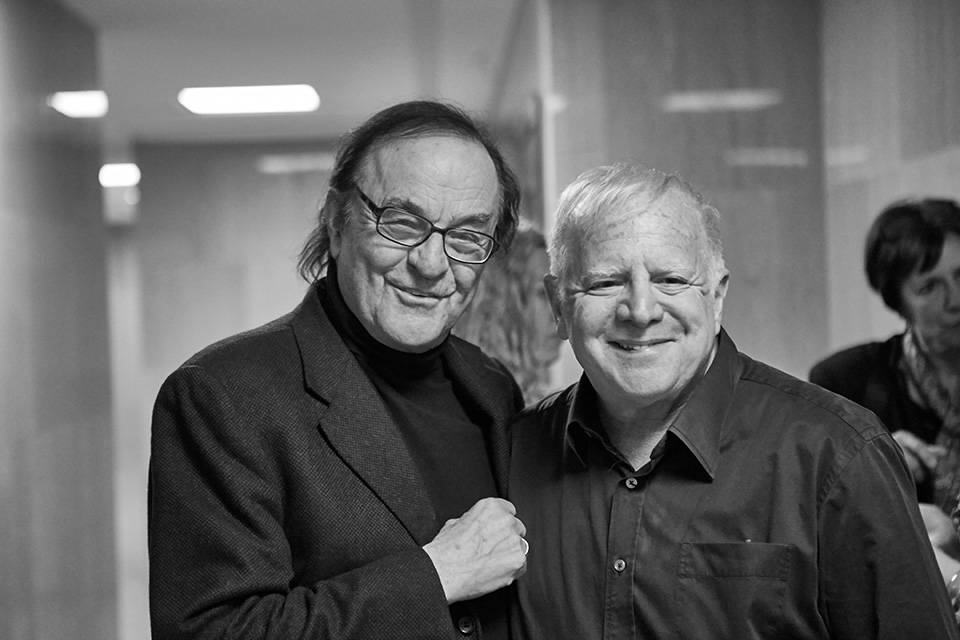 Next up was Krasnoyarsk. The orchestra really was not up to the level that I have become accustomed to. They tried their best and nothing really horrible happened, but I knew I was in trouble when a musician said to me that they had not played the Tchaikovsky concerto in a while. This seemed unbelievable to me, but it became clear at rehearsal, and I found myself actually rehearsing passages that normally go by without incident.

Still, it was a trip worth taking. I enjoyed visiting a part of the world that until this time remained unknown to me, the audiences were very appreciative and enthusiastic, and the festival staff took excellent care of us. 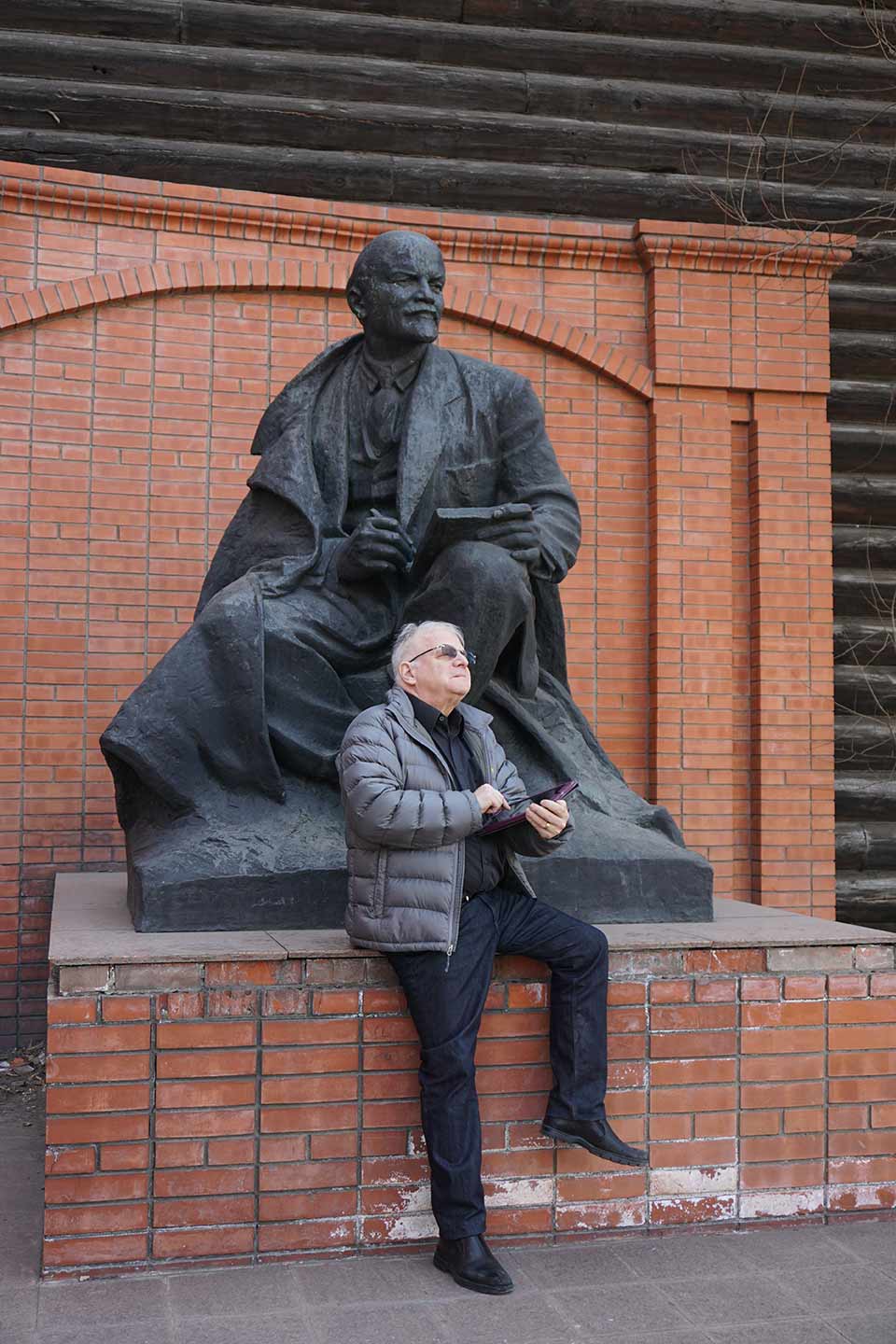 Just when I thought that the seemingly endless winter of 2015 would finally be over, it was off to Helsinki. Although the performance was advertised as my debut in the country, I had actually conducted here once before, in 1980. I don’t remember much about that visit, other than the sun stayed out all the time, making it possible to sing “Night and Day” only twice a year. For this date, I was replacing the late Lorin Maazel. The weather was indeed a bit chilly but clear. And the city is among the cleanest one could ever find.

The Finnish Radio Symphony, along with the Helsinki Philharmonic, play in a hall that is only three years old. One hears about the thriving musical life, and it is certainly true. It must be heaven for composers and conductors. There are festivals galore, and this year everyone is celebrating the 150th anniversary of the birth of Sibelius.

My program once again included Circuits, but also featured the Hindemith Metamorphosis and the Symphonie fantastique. The latter had not been played by the orchestra for almost ten years, as it usually fell to visiting orchestras to present the work. And the Hindemith did not stand out in anyone’s memory. From the outset it was clear that this was a very fine group. The first rehearsal was in a rehearsal hall, as the other orchestra was rehearsing in the main hall. Designed to replicate the larger facility, it actually was not so bad, although a bit harsh in the loud passages.

When we got into the auditorium proper the next day, the sonic profile opened up considerably. There were only two musicians who remembered playing with me 35 years ago. Most orchestra members look very young, but we were told the average age is 44. By the time we got to the concert, everything was in very good shape.

Looking at the long names, strange spellings and almost unpronounceable words, I wondered what it would be like if “Wheel of Fortune” existed here.

“There are fourteen,” and Vanna really has her work cut out for her.

There was little opportunity for sightseeing, but during any future visit, we will allow a bit of extra time for just that purpose.

The return to Detroit was welcome, particularly because I was going to do two programs of unusual interest to me. Sometimes I like to take a chance on juxtaposing two composers whose output seems quite contrary to the other’s usual ethic. More than likely this was the first time music by Ravel and Ginastera had occupied a single program, but they made for very compatible bedfellows, primarily because the sonic world occupied by each was so special. Of the former, we played three works that do not appear with much frequency in the States. Ravel’s early Shéhérazade Overture may nod to Fauré and earlier French composers, but the voice of Ravel is clear throughout. One can easily see where he is going, and there are moments of great beauty and brilliant orchestration over the duration of 15 minutes.

I was thrilled to present the American debut of mezzo Isabelle Druet, with whom I have worked several times in Lyon. We decided to do the other Shéhérazade, a song cycle that many consider to be Ravel’s finest work. And indeed, Isabelle brought a true atmosphere of the exotic world through both music and text. Also heard were the Deux Mélodies hébraïques, the pieces we first did together for an upcoming Naxos recording. Sung in Aramaic, the “Kaddisch,” in particular, moved both audience and orchestra. She will return as soon as possible.

The Argentinian was represented by three pieces, one of which is a true masterpiece and surprisingly neglected. When I first encountered the 1961 piano concerto, I was knocked out. It is amazing to me that very few pianists have taken up this work, as it is a virtuoso piece for both orchestra and soloists. Even though it has serial elements, by the time the concluding Toccata is over, audiences cheer it as they would the Tchaikovsky Concerto. Maybe a few remember the cover of this piece by the English rock group Emerson, Lake and Palmer. Simon Mulligan impressed everyone with his sensitivity to the lyric passages and his brilliance in the extroverted portions.

Our assistant concertmaster played the Pampeana No. 1 with an almost gypsy approach, displaying a huge dynamic palate. Ending the program was the obvious Suite from Estancia, with the infectious “Malambo” to conclude. Ovations followed after both concerts, and I got a few messages from patrons wanting me to do more programs such as this one.

There are very few times when the names Slatkin and Bruckner have ever appeared in the same sentence. When I was young, I truly disliked this music. Too long, too repetitious, unnecessary piousness, sequences that seemed as if the composer could not figure out how to make a key change. Nonetheless, after a 30-year absence, I programmed the Fourth Symphony, for reasons I will now explain.

One of my most cherished friendships was with the late Erich Leinsdorf. Having heard him do this work about 25 years ago, I asked him why his performance in particular led me to believe there was merit in the piece. He basically said that too many conductors try to impose extramusical meaning to the piece. For him, it was simply “Symphony No. 4” and should be approached as a unified, structural entity. No cathedrals, no countryside, no organ.

Now that I have gone through the majority of the symphonic canon several times in my career, I finally saw what he meant. I took Schubert as my basis of comparison and found myself really getting into the heart of the music. With that in mind, tempi and rubatos were more carefully considered as I studied the work over the past year. What resulted was a truly unified approach to the work, with an attempt to be more cohesive and organic. I took the composer at his word regarding tempo in the second movement, making it more of an Allegretto rather than a true slow movement.

And the DSO gave one of the finest performances of anything we have done over the past seven years. The brass sonority was refined and well blended. The woodwinds worked hard on balance and intonation, and the strings sang with extraordinary color and dynamic contrast, with the opening pianissimo about as quiet as could be imagined.

So now I feel Bruckner will enter my repertoire on a more regular basis. Could Wagner be next?

Among the best things that April brings is the start of the baseball season. I went to a couple Tigers games, including one when it snowed. There is a first time for everything, and I only lasted four innings. The moment the scoreboard showed 35 degrees, my feet had had enough frostbite. There were also a number of fundraising activities with some lovely people whom I hope will continue to give generously to the DSO.

The drive from my house to Orchesta Hall takes about a half hour, just long enough to listen to music in the car. This past month, I took the opportunity to relive a unique individual, Eartha Kitt. It is difficult to say whether or not she was a great singer, but certainly no one possessed a voice like hers. The very fast vibrato, her clear diction and her seeming ease at singing in at least seven languages made her an American chanteuse like no other.

Her political activism got her in trouble during the Johnson administration, and for some, she is remembered as the replacement for Julie Newmar as Catwoman in the old Batman series. But when she sang those indulgent songs, predating Madonna’s “Material Girl,” Eartha brought a real sense of coyness and charm. More than likely Santa Baby gave her exactly what she desired. If you don’t know of her vocal talent, do check her out.

There are eight weeks of conducting left until I take a couple months off. But those are filled with some wonderful programs, including Suk’s “Asreal” Symphony, both Mahler 1 and 5, plus a concert performance of Tosca. Look forward to some interesting observations in the coming months.