DECEMBER 2020: What I Did on My Spring, Summer, and Fall Vacation

DECEMBER 2020: What I Did on My Spring, Summer, and Fall Vacation

“My best vacation is somewhere I could hide, somewhere warm and not a lot of people around.”
—Derek Jeter

Ah, Derek. You got your wish.

As we come to the end of this decade, which has taken place in less than one year, it seems like a good idea to take stock of what has been accomplished during a time when it has felt like we could do nothing. Many of us have had to find opportunities where none seemed to exist, and perhaps some of us will come out of 2020 a little wiser.

Being a conductor was not the best profession during the self-imposed and sometimes-mandated lockdown period. The instrumental and vocal artists could at least practice. What was I supposed to do—stand up and wave my arms? After a few weeks of cancellations, I realized that looking over the scores meant to be rehearsed and performed in the near future was a futile exercise. Instead, I would go down to my library and peruse pieces that I either have never conducted or might want to revisit at some time.

Bach was on my mind. More than likely, I will never get around to leading the Saint Matthew Passion, but I still found value in studying it. Performance practice has come a long way since I first began my conductorial journey. Back in the day, there were not as many rules, both real and speculative, that needed to be followed. If I was ever to lead this masterpiece, I would return to an interpretation along the lines of how Robert Shaw used to direct it, utilizing reduced forces but not adhering to any particular dogma.

The historically informed manner of presentation is just one of the topics I cover in my latest book. With time on my hands, I wrote most of it in the early going of the pandemic. My wife, Cindy McTee, and executive assistant, Leslie Karr, completed their work on the editing process, and it was handed over to the publisher earlier this month.

The only sticking point had to do with the title. Initially, I intended to call it Musical Chairs, but the folks at Amadeus Press, now part of Rowman & Littlefield, wanted a title that captured the flavor of the book more directly. The titles of my first two efforts, Conducting Business and Leading Tones, were purposely vague, inviting the reader to discover what was contained inside. The new volume expresses my thoughts and opinions on various matters of the day in the musical world.

We went back and forth, finally settling on Classical Crossroads: The Path Forward for Music in the 21st Century. It will be released on September 15, 2021 and is available for pre-order. 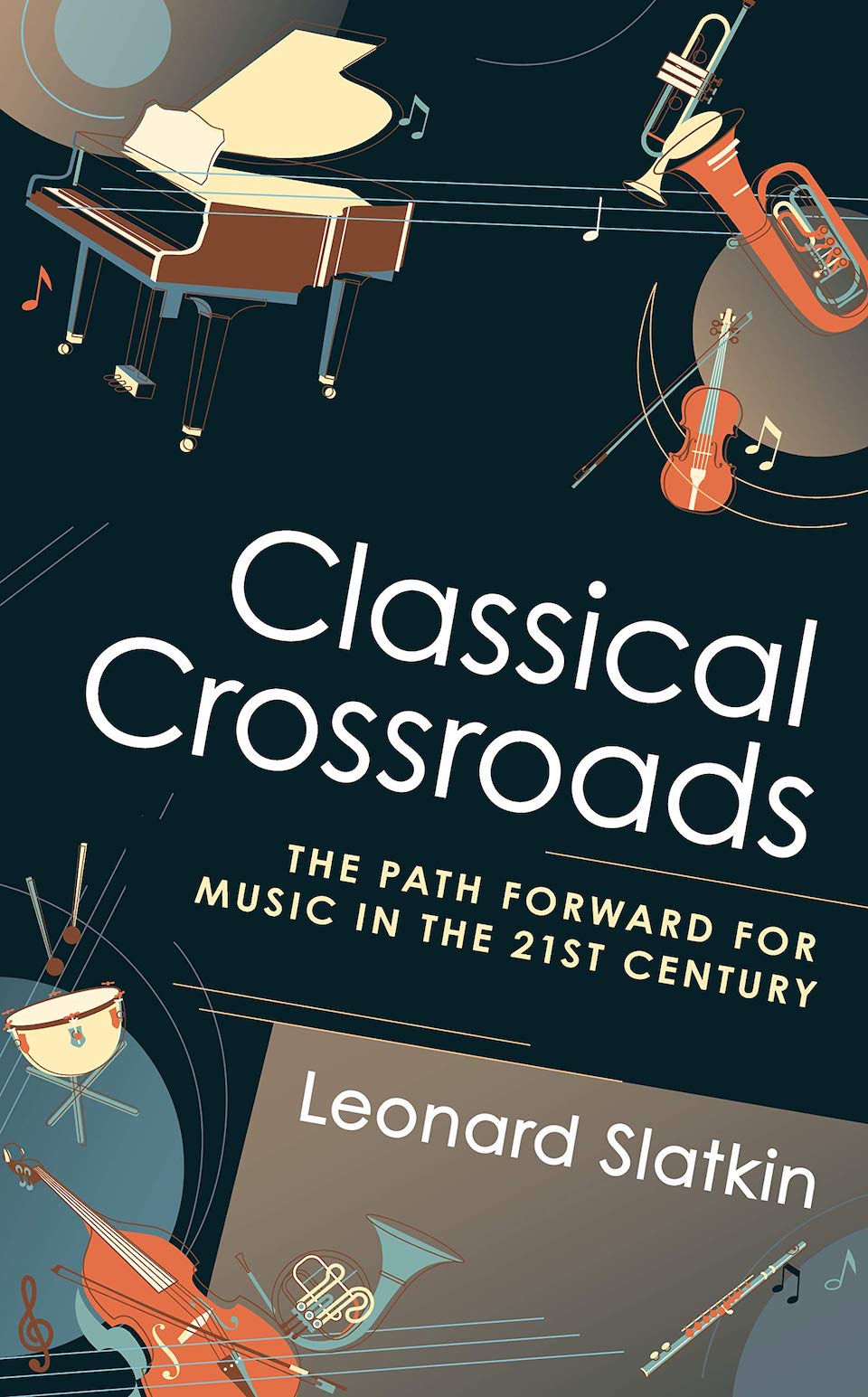 With that out of the way, I plunged into a fourth book. Taking several ideas that did not fit the serious tone of Classical Crossroads, I put together a series of previously unpublished reflections and remembrances. I also wrote a couple short stories based on events in my life, but written in a form that read like fiction. I had every intention of penning two or three more, but things got busier than I expected.

For over a year and a half, I have been recording a weekly two-hour radio show called The Slatkin Shuffle on Classic 107.3 FM, the Voice for the Arts in St. Louis. The idea came from a program I did on an “underground” station back when I was the assistant conductor in St. Louis. For four hours, live every Thursday, I was given free rein to play whatever I wanted, devoid of format restrictions. The old Slatkin Project came to mind when I realized that it was possible to randomly move from track to track on my iPad and play those that popped up, hence the Shuffle concept.

After a dozen shows, we began alternating the random programs with ones that were tied to a specific theme but still included a wide variety within the subject matter. For example, one episode focused on music about the seasons. Others looked at assorted variations on the 24th Caprice of Paganini and alternate contemplations of the Pachelbel Canon. Keep in mind that I could play anything in any style and you will understand why the station describes this eclectic show as “channel surfing for your ears.”To get an idea of what it all sounds like, just click here and choose an episode that looks interesting. Over 30 shows are available for on-demand listening on SoundCloud, including a six-part series about Beethoven’s symphonies.

Recently, I have started working on a second program, this one called Leonard Slatkin’s American Musical Journey. This is a 26-week set of hour-long shows that work their way chronologically through early American efforts in composition right up to a few of today’s exciting composers. There are episodes about the two New England schools of musical thought, the development of jazz, the Hollywood scene, portraits of five creators, and electronic music.

This project is quite different than the Shuffle. I have to write scripts that serve as the basis for my commentary, which requires many hours of researching the people and music presented. I spend about a week writing four episodes and then head over to the station to record them. The studio is in a building that houses a company owned by a good friend, and I am always impressed by the health and safety protocols in place.

Each hour of the show includes approximately 45 minutes of music, meaning that I have to fill the remaining 15. The station manager, John Clare, also a radio host, told me that it takes approximately 2,500 words to get to the quarter-hour mark. My producer, Brandon LeMew, makes sure that I record the segments expeditiously and with as little stumbling over words as possible.

This has been an exciting and rewarding project. I have learned so much more about the rich musical heritage of the United States. I hope that the show will get picked up for distribution to a broader audience, but even if it stays at home in St. Louis, the trip was more than worthwhile.

Life on the road has always had its perils with many pitfalls to avoid. One of the most difficult to manage has been diet. Having been confronted with some of the most spectacular culinary choices, I had put on way too many pounds. Since I was housebound for a while and I love to cook and eat, it seemed like a good time to make adjustments in the kitchen.

Making a long story a bit shorter, Cindy and I both took off a number of pounds. When we arrived at the proper weight, I decided to expand and refine my knife, fork, and spoon skills. By the time we reached December, I could count these dishes among my repertoire:

I realize that this does not sound like the most heart-conscious way of eating. Still, whenever possible, I adjusted ingredients to fit a healthy lifestyle. Getting on the stationary bike also helped.

I keep the exercise bike in the basement, positioned so that I can watch my flat screen while I ride. Every night, about an hour after dinner, Cindy joins me, mostly to watch television series and the occasional movie. We tend to select classic films rather than new offerings for the big screen, but with the studios moving to issue releases on streaming platforms, our habits might change.

We have taken in a wide range of international programming, including:

There were others, but these stood out.

Now, along with the rest of the world, I await the two inoculations that will put me on the actual road to recovery. When does work resume? What will it feel like to stand on the podium again? Will I be physically fit or gasping for breath? Where will the first concert take place? And will the orchestras be wondering, “Who’s that guy?”

Let me wish all of you, my tenacious readers, the very best for the new year. We have come a long way, but there are still many hurdles to leap.

Stay safe and healthy, and I will see you in a few weeks.