Leonard Slatkin’s performances with the New York Philharmonic for the Leonard Bernstein centennial celebration were met with rave reviews. The program included Richard Strauss’s Don Quixote, which Bernstein conducted in his 1943 Philharmonic debut, stepping in for the ailing Bruno Walter in a nationally broadcast concert that made him an overnight success. Strauss’s tone poem was paired with Bernstein’s third and final symphony, “Kaddish,” with soprano Tamara Wilson, the Concert Chorale of New York, the Brooklyn Youth Chorus, and narration by Academy Award-winning actor Jeremy Irons. 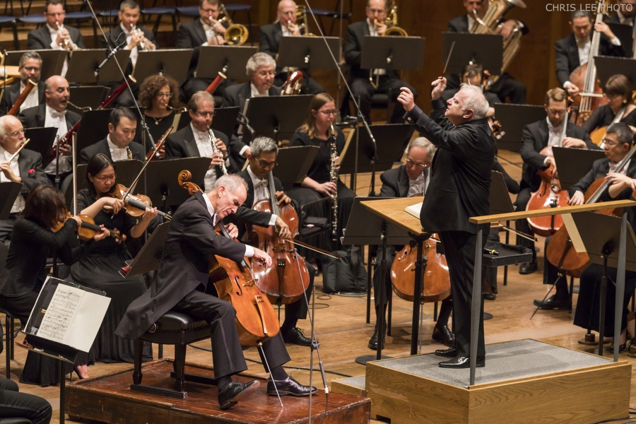 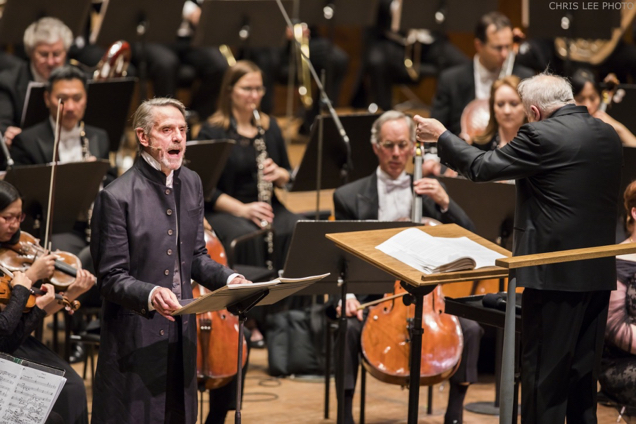 Jeremy Irons in Bernstein’s Sym. No. 3 | photo by Chris Lee

“This much-debated work [Bernstein’s Symphony No. 3, “Kaddish”] was given a gripping performance on Thursday evening by the New York Philharmonic at David Geffen Hall, conducted by Leonard Slatkin. … [T]he work exudes a theatricality that is all Bernstein. Of course, that’s the very quality some people have objected to. Not me, especially after this powerful performance.”

“The evening began with a glittering account of Strauss’s tone poem Don Quixote.”

“Mr. Slatkin gave us almost a Mahlerian grandeur to this crowning work [Symphony No. 3, “Kaddish”] of Bernstein religious search.”

“Slatkin conducted [R. Strauss’s Don Quixote] with a swirl of both emotions and grace. He has always been a knowing conductor, and if both his heroes last night gave a picture of the Quixotic, he was sensible, sensitive and artistically successful.”

“Slatkin’s reading of the Strauss was true to its essentially narrative character, allowing the story, adapted from Cervantes’s novel, to be told by its protagonists, here Philharmonic principals—Don Quixote represented by Carter Brey’s cello and Sancho Panza by Cynthia Phelps’s viola. … Slatkin marvelously crafted the final Variation, in which Quixote is defeated in battle, and in the Finale he nurtured Brey’s sensitive depiction of the protagonist’s demise.”

“After intermission, Slatkin directed a thrilling account of ‘Kaddish’ Symphony.”

“Mr. Brey’s cello [in R. Strauss’s Don Quixote] engaged in call-and-response with the orchestra, as Mr. Slatkin conjured the windmills, bleating sheep and a raging waterfall with a wave of his baton.”

“As the work [Bernstein’s Symphony No. 3] moved into its penultimate crescendo, Mr. Irons stood stock-still. He was trying not to smile or react at the rolling tide of major-key choral sound that was crashing right behind his back: the sound of the Philharmonic at full flight under Mr. Slatkin’s expert baton.” 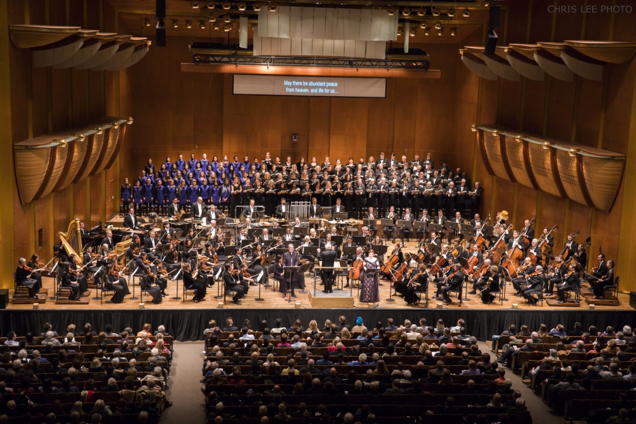 Grammy Nomination for Leonard Slatkin and the Detroit Symphony Orchestra

Leonard Slatkin’s Conducting School, Lesson Fourteen: How It Looks and Sounds, Part One