Sometimes, purely by accident, circumstances put us in a place where we are convinced that coincidence is also part of fate. Such was the case as Cindy and I headed off on our first real trip in more than a year.

Over the course of ten days, we took leisurely drives from and back to St. Louis, with the main destination point being my old stomping grounds, New Orleans. It is a fairly straightforward shot down I-55, and we planned some overnight stops along the way to take in the sights.

The first evening was in Memphis. A nice sample of local barbeque set us up for what turned out to be a much more meaningful day than either of us could have anticipated. Many years ago on one of the National Symphony Orchestra’s American residencies, I had stepped back in time by visiting Tupelo, Mississippi, the birthplace of Elvis Presley. “The King” is synonymous with Tennessee, and on this trip a visit to Graceland, or at least the 11 museums that are on the grounds, was certainly in order.

We were pleasantly surprised by the visitor experience at Graceland. There is ample space to take in the museum complex in a leisurely way, but one can pick and choose among the attractions. Tracing Elvis’s roots and influences, not to mention a whole section devoted to those he influenced, was revealing. One gets the sense of a young man who did not really know how good he was or how he would forever change music, fashion and social mores.

The exhibits include a tremendous archive with documents of all kinds to pour over. Others are devoted to his costumes, cars, planes, and other hobbies. One section is devoted to his daughter, tracing her rather heartbreaking and difficult childhood. The “Private Presley” exhibit offers a glimpse into Elvis’s military life, including his uniforms, pals, and experiences overseas.

We did not venture to the mansion itself. There was not enough time. But we could browse the gift shops, at least eight according to my count. You want Elvis shot glasses? Here they are, with your name right on them. Shirts, posters, guitars—you name it, and you can get it. Covid has taken a toll on the tourist trade, so nothing was crowded. However, there is enough parking to accommodate a small village, and we spotted campers on one side of the lot.

What made this experience interesting was our realization that Elvis was a part of my childhood but not Cindy’s. She made all kinds of discoveries at Graceland, which for me were mostly memories. The big cultural breakthrough of her childhood was the Beatles. But the Fab Four, as well as almost every other pop and rock group, could not have existed without Presley. Listening to his music, which was piped into virtually every one of the exhibitions, we could not help but be impressed with his perfect sense of timing and the way he could convey the meaning of every song, whether a hip-shaking number, gospel tune or dusky ballad. 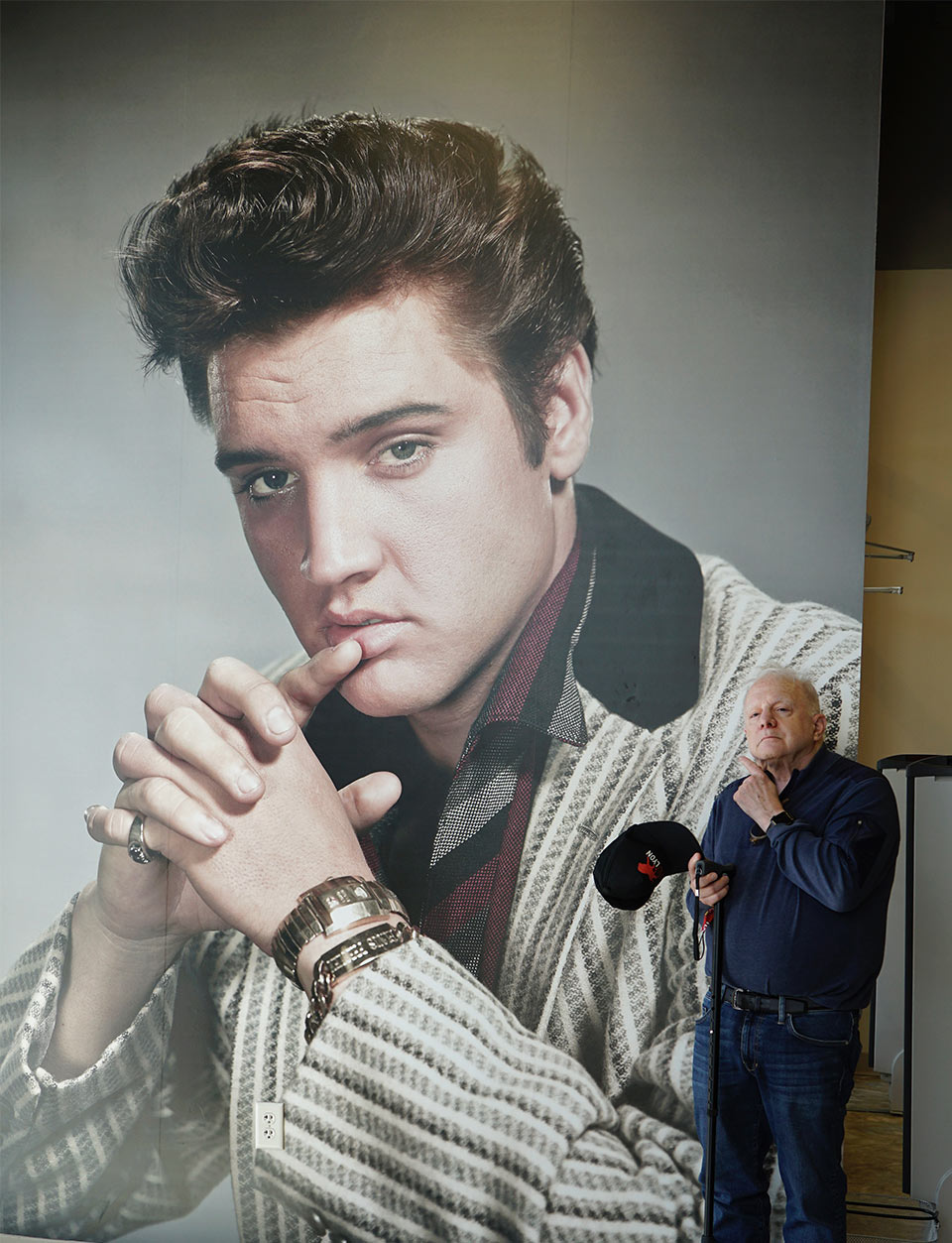 His prolific borrowing of material made us think about how much he owed to the Black culture in his native Tennessee. Was it appropriation or an unknowing attempt to find a new voice? Was Presley an anachronism, expanding genres in whatever way he could despite the social rules of the day? Were his managers and producers so keen to cash in that they never thought about who they might be offending?

This is when the coincidence part of the journey hit hard, in three parts. The day before, as we were driving south, the Georgia legislature had passed a set of laws that will severely impede voting rights for many Americans. This is clearly in reaction to the loss suffered by Republicans in the last election, particularly in the United States Senate. By now, most of you will have read about the restrictions, and I hope you are as incensed about this as I am.

The voting law did not cross my mind at the Graceland museum, although it very easily could have. But on our next stop, the National Civil Rights Museum, there was no escaping a cruel irony and one that cannot just be attributed to circumstances.

Established in 1991 and drastically renovated in this century, the museum was both educational and profoundly moving. It sits in and around the Lorraine Motel, site of the assassination of Martin Luther King, Jr. My generation remembers all too well the image of that balcony. The photo of his associates’ fingers pointing across the street, where they believed the shot emanated from, hit home as Cindy and I stood in the very same place. I had forgotten why the reverend was in Memphis but was reminded that it had to do with a strike and his solidarity with the sanitation workers. Not only did we visit the very room that Dr. King stayed in, we also went across the street to see the angle that James Earl Ray had as he fired his rifle. This was a nerve-jarring moment for me. I was shaking as I stood there. 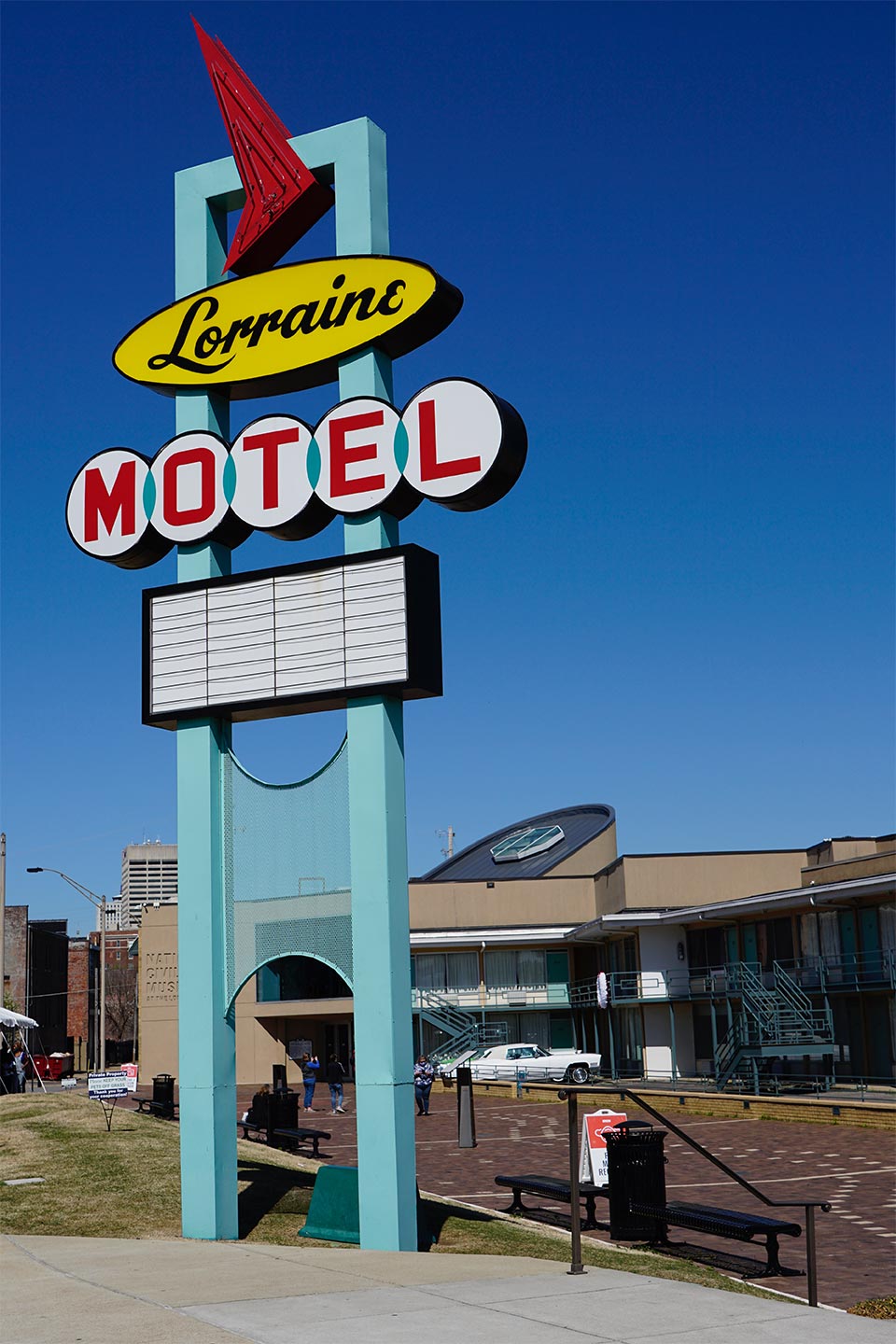 But this museum is so much more, depicting the struggles and sacrifices of a people as well as the heroes and villains in the movement for justice and equality. It is not possible to take in all of the information in just one visit. Perhaps the most moving moment of the afternoon was when we turned a corner and saw a family as they gazed at one of the exhibits. A Black man was standing next to his probably seven-year-old daughter as she read aloud a passage on one of the plaques. She was showing off her incredible skills, with Dad helping on some of the tough words. When she finished, we all congratulated her. At one time there would not have been the opportunity for her to have seen or possibly even learned how to recite the passage. Perhaps she did not know the meaning of all these words, but she will learn very quickly. 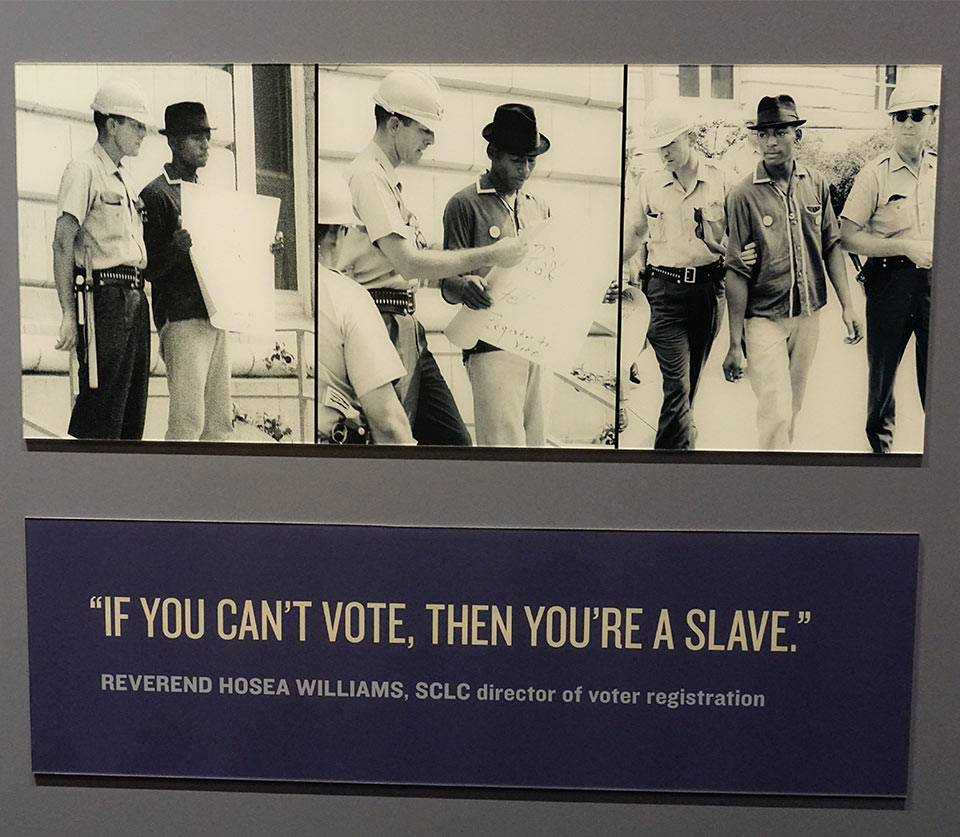 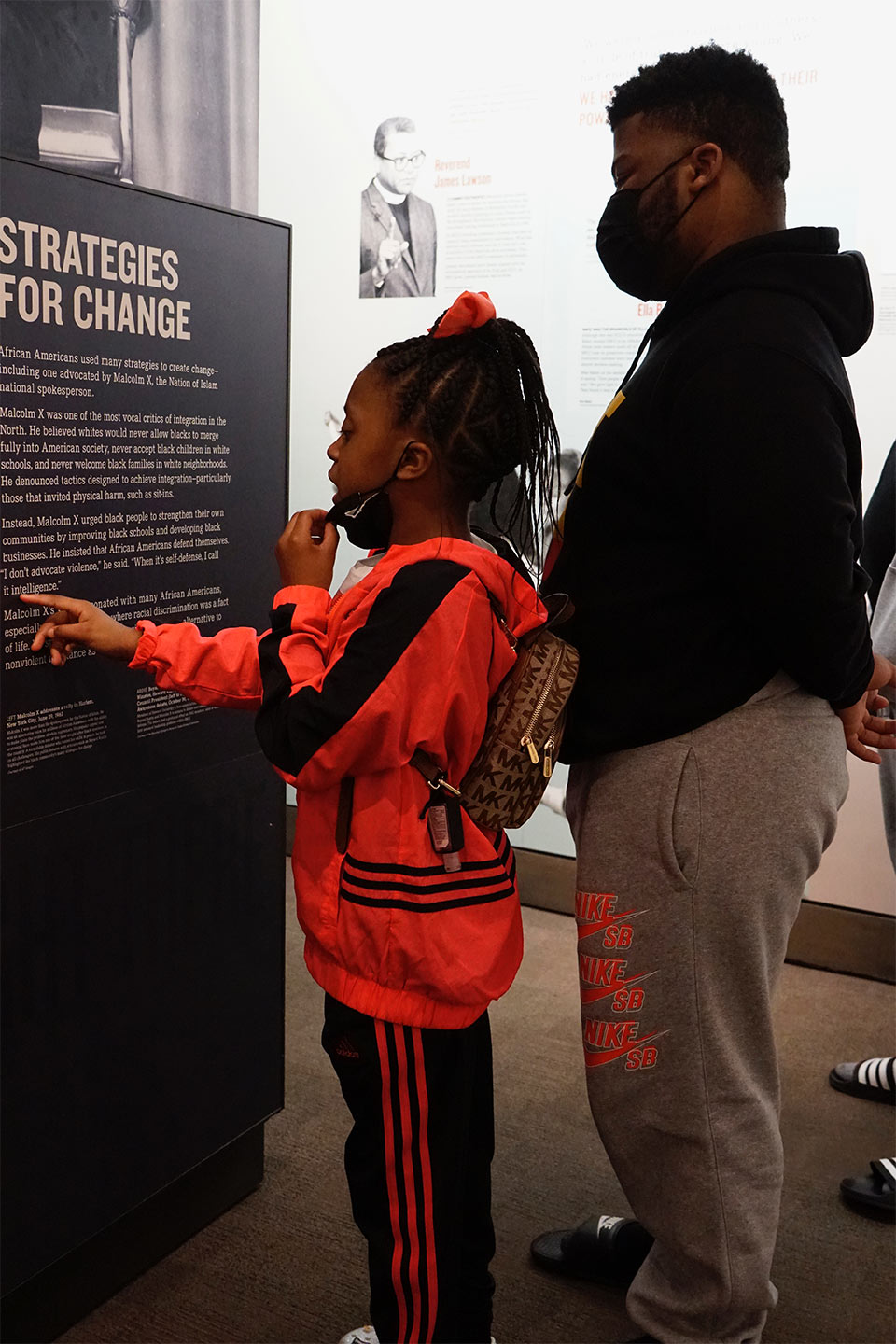 When we finished this all-too-brief tour, I was waiting in the sun as Cindy brought the car around. Looking at the balcony, I tried to make sense of the past 24 hours. Pondering the reckless and clearly racist intent of the voting legislation, which both exemplified and in some ways defied everything we had seen in the museum, was almost too much to bear. And in the middle of all of it stood Elvis. Maybe he was an unintentional unifier, a buffer between cultural and historical worlds that needed to come together.

As of this writing, I have no idea what other surprises await upon our emergence into the outside world. There will be sights to see, good food to eat, and the ever-present and shining Cindy to cheer me up. I only know one thing for sure. It is imperative to speak up when the unspeakable happens. Perhaps I will say a few words from the stage when I next conduct. Music gives us the chance to relive the past, relish the present and gaze into the future. It must not exist in a perpetual vacuum of indifference and inaction. It is time for us to express ourselves and our feelings in ways that transcend what and how we perform. The conductor’s silent art must find its voice.